Warning at the end of a Legalzoom TV ad “Legalzoom is not a law firm or a substitute for the advice of an attorney and provides self-help services at your specific direction.”

This warning lasts for 4 seconds and at times is difficult to read because of the lack of contrast between the lettering and the background. Intended? Do they pay thousands, if not millions, to advertise on TV and not know their warning is difficult, if not impossible to read? Of course not.

The warning at the end of the TV ad for Legalzoom “Legalzoom is not a law firm or a substitute for the advice of an attorney and provides self-help services at your specific direction.  Attorney help is through a legal plan available in most states.”  This warning last for only 4 seconds, some of that time the warning cannot be easily read because of the lack of contrast between the lettering and the background.  Thanks to TIVO I was able to capture the script. 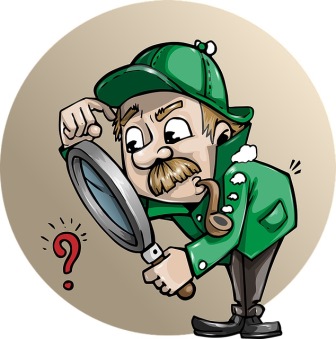 Let’s break this warning down:

Do people really read the legal warnings at the bottom of any advertising?

NO.  But, that is what the advertisers count on.  The purchaser of the produce or service have a build-in defense if their product or service cause you or your family harm.

Most areas of law are not a “one size fits most” (somewhat like buying socks). Assuming you are not a robot, your legal needs are unique to your situation, not that of your neighbor.

Does it cost money to hire competent professionals to help you? Of course. Does it cost even more money to fix a problem caused by bad advice? Most definately.

It would take the next several months to list all the nightmares I have seen in the bankruptcy arena which were a direct result of people using document preparers, document assembly services, disbarred attorneys who are felons (e.g. Richard S. Berry), Internet services (Phillips & Associates, Jacoby & Meyers, Legal Zoom and others) or inexperienced attorneys, etc.   These nightmares include children ending up with the abusive parent because a document preparer submitted the wrong form; vehicles and cars lost to creditors because the debtor received bad advice; family members forced to repay monies to creditors because the disbarred attorney was more interested in money than properly advising his client.  The list of abuses goes on and on.

Do it yourself does not work well for medicine or law

Of course, you all know people who “know it all”.  They would never hire a plumber to replace an outdated plumbing system.  Instead, without asking for advice or reading the instructions, they forge forward and install a new system.  They are proud for the first few weeks or months.  But, then come home to a flooded house.  They blame everyone and everything except themselves.    What is the financial cost?  Repairing the damage to the house, hiring a competent plumber to fix the new damage and properly install the correct plumbing is going to cost far more than hiring a competent plumber at the beginning.

Here is a real life story of the damage that can be done when filing bankruptcy without the guidance of a dedicated bankruptcy attorney.  This story is just one of thousands.

Meet John and Jane Smith.  They have 3 children, a house, 2 cars.  Both work.  John was in a car accident, his income greatly reduce so now they are behind on their credit cards.   A few months ago they borrowed $2,500 from Jane’s mother to repair one of the cars.  Last month they paid her back.  They took money out of their retirement account in order to keep paying bills, but didn’t pay the taxes.  John and Jane decide to they need to file bankruptcy.  They talk to a TV advertising law firm that wants fees of $2,500 in fees and decide they cannot afford an attorney.  What they didn’t realize is those fees were higher than most experienced bankruptcy attorneys change – after all someone has to pay for the TV ads.  Instead of asking another experienced attorney for advice (most Arizona consumer bankruptcy attorneys offer this advice for free) they decide to hire a document preparer and later a disbarred attorney.

No one tells them that once their bankruptcy is filed they cannot get out of bankruptcy easily. 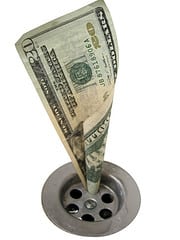 The consequences: Every bankruptcy has at least 81 pages of information.  John and Jane were expected to know the law and understand the consequences when filing a bankruptcy:

It is impossible to calculate exactly how much this cost John and Jane, but we figured at least $50,000 because of the lost opportunity to modify the mortgage.

Most likely the real costs were higher.   Obviously, not everyone is in the same situation, but the numbers are staggering.  Almost without exception, everyone I talk to who filed a bankruptcy without the assistance of a caring and competent bankruptcy attorney was unpleasantly surprised by something unexpected.  That surprise normally results in paying money to the bankruptcy trustee.  Typically the money they pay far exceeds the costs of an experienced bankruptcy attorney.

Article: Why A Cheap Attorney Can  be Very Expensive

Can You Get a Mortgage After a Bankruptcy?