In the United States of America vs. Richard Sylvester Berry. (Why Pay a Lawyer) 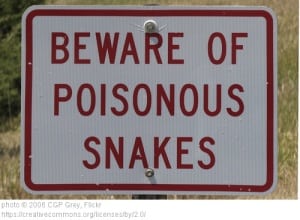 Date of Action: 3/5/2014. On March 5, 2014, the United States of America filed an Indictment in The United States District Court for the District of Arizona against Richard Sylvester Berry and Why Pay A Lawyer. Charges filed allege the business and Richard Berry are in violation of multiple federal laws prohibiting bankruptcy fraud, bankruptcy bribery, and making false statements.

Were you ripped off by R. Berry and/or Why Pay a Lawyer?

If so, contact the United States Attorney for the District of Arizona at 602.514.7500 or the Arizona Supreme Court.

Specifically, the charges allege that Mr. Berry defrauded bankruptcy trustees, the bankruptcy court, mortgage lenders, and other financial institutions by delaying lawful foreclosures, paying cash to a bankruptcy debtor so that the debtor would list specific real properties in their schedule of assets, and making false statements to the Federal Bureau of Investigation.

The Indictment ordered Mr. Berry to forfeit any property and any other assets obtained via Mr. Berry’s unlawful business transactions.

Note: Berry has been in and out of prison for ripping off his “clients”. Once he was stripped of the license to practice law (again a long to tortured story) he established Why Pay a Lawyer and offered legal services as a paralegal.  Losing his law license did not change his attitude about honesty and commitment to the law.  Years passed, horrible actions were taken.  Finally Judge Baum imposed a ONE MILLION DOLLAR fine for his outrageous actions.  You would think this fine will stop Richard Berry and close down Why Pay A Lawyer.  But no, the atrocities appear to be continuing.  The damage caused by this man and his company is beyond measure.

Please be careful about hiring any professional, even if they come with one or two good recommendations.  The man who built my brick wall had 2 good references  and license when we hired him.  By the time the wall was completed he had lost his license and ripped of numerous people.  Thinking about hiring an attorney – here is the link to the State Bar of Arizona.