Diane’s Integrity & Commitment to the Law and her Clients

A skilled consumer bankruptcy lawyer must possess a number of characteristics, including the willingness to prioritize their clients’ needs over their own. In other words, the client is more than just a source of revenue. That is my commitment to all of our clients and how our office operates. My commitment is to be both a counselor and a skilled bankruptcy lawyer, which means staying up to date on the ever-changing bankruptcy laws.

Clients are the most essential part of our business.

Even if I didn’t have clients, I could continue to teach and volunteer. But I want to keep helping people because that is what I am most proud of. Bankruptcy offers my clients the opportunity of a fresh start. See client reviews. I don’t accept every client who contacts me. I refer out many to great lawyers who are more skilled in what that person needs.  Those that I do accept must be willing to truly partner with me. They must pay heed to my recommendations. That doesn’t mean they’ll follow my advice, but it does mean they’ll be aware of the consequences of their decisions. Which is why it is critical that my clients understand the law in order to make sound decisions. Furthermore, it is essential that my client be completely honest with me. Otherwise, I won’t be able to give them sound advice. Read More…..

Unlike most areas of law, bankruptcy requires a lawyer to be well-versed in a wide range of topics, a skilled negotiator, and sensitive to the needs of all parties involved, without compromising their own client’s rights.  In truth, rather than the lawyer’s capacity to write long, complicated legal briefs, it is their knowledge of the law, their understanding of the laws and procedures, and their ability to come up with creative solutions are what determine the outcome. Read More.. 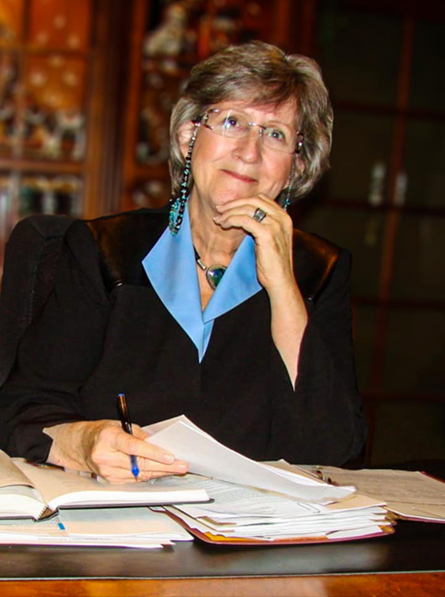 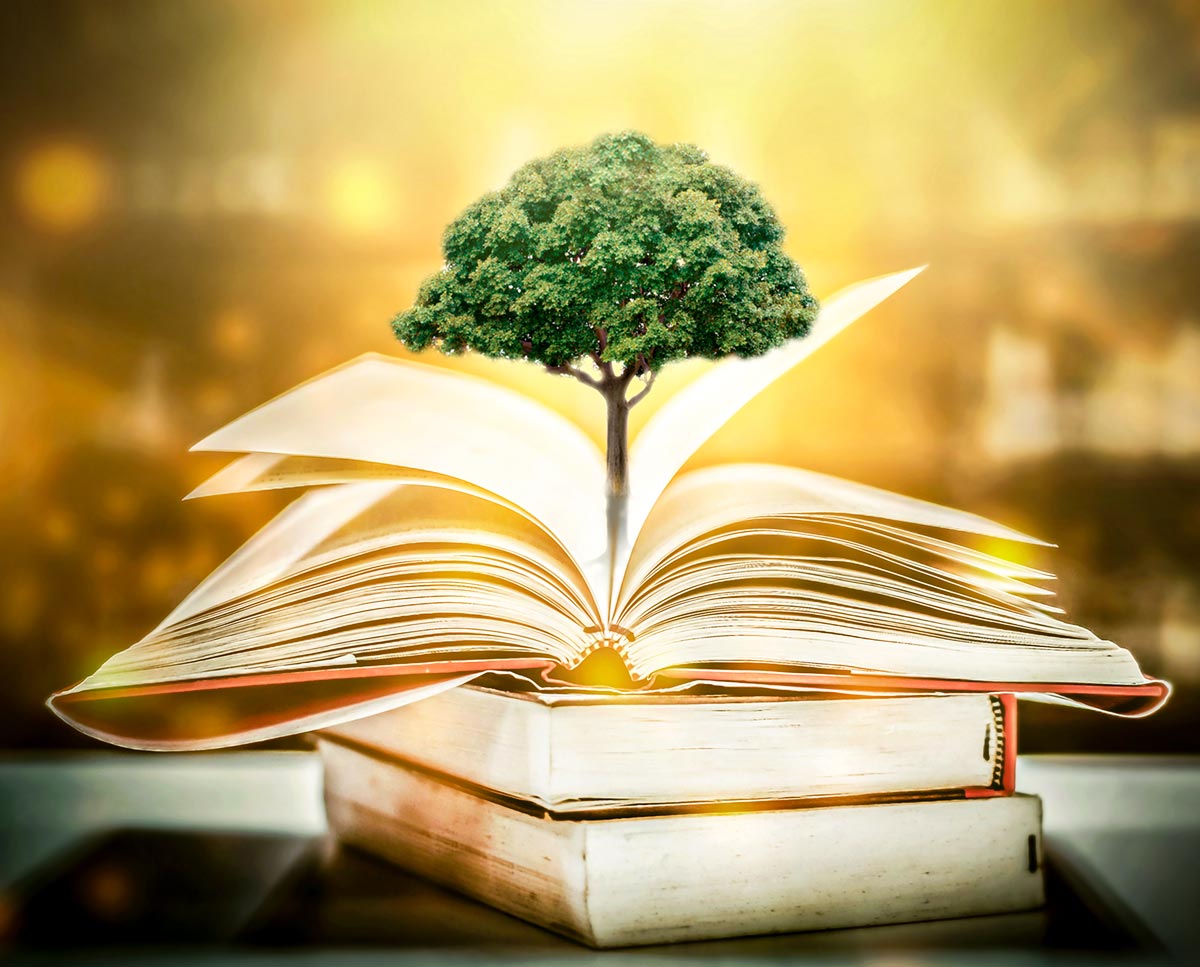 Ms. Drain is also committed to teaching, following in the footsteps of her mentors. She taught bankruptcy and legal office management as an adjunct lecturer at all three of Arizona’s law schools. She taught bankruptcy and real estate issues at the Arizona School of Real Estate for 20 years. Diane assisted in the development of the Professionalism course that is required of all Arizona attorneys by the Arizona Supreme Court.

“The proper function of man is to live, not to exist. I shall not waste my days in trying to prolong them. I shall use my time.”

Diane has been a forerunner in the consumer bankruptcy practice of law, and in the use of law office technology.

Diane is the founding co-chair of the Arizona Consumer Bankruptcy Counsel, a mentoring group for consumer bankruptcy attorneys, and has served on the State Bar of Arizona Board of Governors for for two decades. Diane spent decades teaching the principles of bankruptcy to realtors and title officers.  As a retired law professor she has been involved in hundreds of continuing legal education workshops for her fellow lawyers.  She also founded The Legal Resource Group to assist her fellow attorneys in bringing technology to law firms.

Committed to Educating Fellow Attorneys and Serving as a Press Resource

Diane has written for the American Bar Association, the State Bar of Arizona, and many county bar associations, as well as various local newspapers, including the Arizona Business Gazette and Laws.com, on law office administration and technology. She is a source for reporters from Channel 12 and the Arizona Republic, among other local and national news organizations.

Numerous Awards for Volunteering to Help Others

Diane has received multiple accolades for her dedication to the practice of law over the last 38+ years, including a Lifetime Achievement Award for her work to educating Arizona citizens about their bankruptcy rights. Chief Bankruptcy Judge James M. Marlar nominated Diane as a top Pro Bono Super Lawyer – a nationwide organization. She was on the Arizona Bankruptcy Court’s Honor Roll of Pro Bono Volunteers, also the Top 50 Pro Bono Attorneys award from the Arizona State Bar Foundation, as well as the Albert Nelson Marquis Lifetime Achievements Award (Marquis Who’s Who) from the Albert Nelson Marquis Foundation, and named a “Top Attorney” by the North Valley Magazine.

Diane was named Member of the Year by the Arizona State Bar, and she has been featured in the Arizona Business Gazette, Arizona Attorney, and other national and local media.

Diane has received numerous awards from her peers and the community. 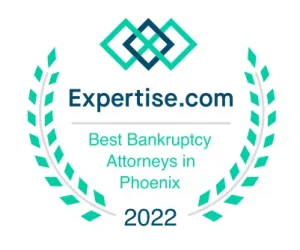 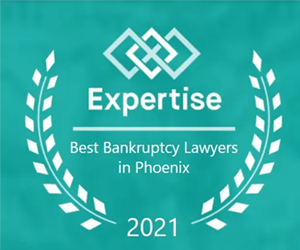 Diane is or has been a member of the following organizations

National Association of Consumer Bankruptcy Attorneys, the Better Business Bureau, various State Bar sections: including the Supreme Court’s Technology Committee, Professionalism Committee, the Bankruptcy Section, the Real Property Section and the Solo and Small Firm Section.  Diane is a past President of the Maricopa Chapter of the Arizona Women Lawyer’s Association, a past Chair of the Solo Practitioner’s Section of the Arizona State Bar, a past Chair of the Maricopa County Continuing Legal Education program and the founding Chairperson for the Arizona Trustee’s Association.  Diane was appointed by the Supreme Court to the Commission on Judicial Review and the Supreme Court’s Commission on Technology.

The Lifetime Achievement award, presented by Judge Daniel Collins on behalf of the Bankruptcy Section of the State Bar of Arizona, stands out above all the others. Some of these honors are in recognition of my attempts to improve the legal profession (my time on the State Bar Board of Governors, or the Bankruptcy Rules Committees, and other committees or groups I worked with to make the bankruptcy system work better for consumers). Another accomplishment I am very proud of is establishing the Self-Help Center at the Arizona Bankruptcy Court, which has now grown into a nationally renowned resource for those who cannot afford an attorney. Other recognitions are for volunteer efforts with Habitat for Humanity, teaching bankruptcy at the Senior Center, or volunteering at the Women’s Center. Some acknowledgements mention how long I’ve been a member of a particular organization. But it’s the testimonials from my clients and colleagues that mean the most to me. The best present I could ever receive is knowing that I have made a difference in the lives of others around me. 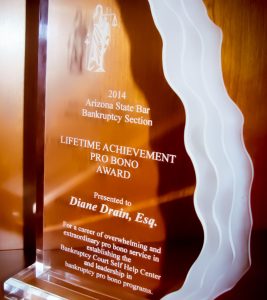 From the Presiding Disciplinary Judge

Diane Drain established a Self-Help Center at the suggestion of Bankruptcy Judge Sarah Sharer Curley with a hope to reach hurting people and help them understand bankruptcy law and its ramifications as well as better smooth their way through their difficult circumstances by easing the process.  She testified in this proceeding giving credit to others including various bankruptcy judges and the remarkably large number of volunteer attorneys who assisted their fellow citizens through bankruptcy.

Ms. Drain testified a large individual group of volunteer lawyers was started solely because of the sheer volume of damage done to individuals and the legal system by Mr. Wroblewski and the law firm which bore his name.  Judge Daniel P. Collins assigned all of the Wroblewski cases to himself to better manage the flood of individuals injured by the inaction of that firm and the lack of management by Mr. Wroblewski.  These volunteer attorneys came to the rescue of angry clients whose money was taken and who received no assistance. Ms. Drain testified these people sometimes just needed someone to yell at.  We find those people needed someone to yell at because they paid their fees to the law firm of Mr. Wroblewski and that firm then turned a deaf ear to them and abandoned them.

These volunteer attorneys invested their own time and money by taking under their wings these orphaned clients at great expense to themselves.  The impact on the legal profession, the courts, bankruptcy trustees, individual volunteers, and these members of the public we find to be enormous.

A community activist and volunteer

Diane has been active in the creation of new legislation to safeguard Arizonans. The most recent initiative was a redesign of the Arizona exemptions in order to safeguard all Arizona residents’ property. She is a point of contact for a number of people interested in proposed legislation that directly affects Arizona families.

She is the author of the books Bankruptcy Basics and Trustee Sales, as well as several articles on bankruptcy, trustee sales, and law office management. Is a contributing author to the following ABA publications: Life, Law, and the Pursuit of Balance, Flying Solo: A Survival Guide for the Solo and Small Firm Lawyer, and The Road to Independence, Commission on Women in the Profession. Over the last 35 years, Diane has written materials for over 150 continuing legal education classes.

Everyone, including attorneys, face difficulties in understanding bankruptcy law.

Every field of law has become far too sophisticated for the majority of people, including excellent lawyers, to comprehend.

A lot of us assume that legal services and decent legal advice is out of their reach. That may be true for some, but not for customers seeking bankruptcy assistance, because the initial consultation, at least at our office, is free. The Internet, neighbors and acquaintances, as well as inept lawyers and document preparers, are all sources of bad “legal advice.”

Ready to take the next step?

CONGRATULATIONS! YOU EARNED OUR GOLD CLIENT CHAMPION AWARD! Announcement from Martindale-Hubbell: your clients think you are wonderful and so do we! Because your clients have [...]

Laws.com interview with Diane about her history by way of the law and bankruptcy

Interview with Diane L. Drain: As a secretary I had a unique talent: filling in for staff with demanding bosses who were “extremely brilliant attorneys [...]

Download the audio LAWGITIMATE Attorney Diane Drain and Bobby Zavala with University of Dubuque Diane Drain established her law firm in 1991 in [...]

I am a Leader in Democratization of Knowledge about Bankruptcy. Who Knew!

Who knew that I was a leader in providing knowledge to others (now called “Democratizing Knowledge)!! An article on Wired, Natalie Chyi, focuses a light [...]