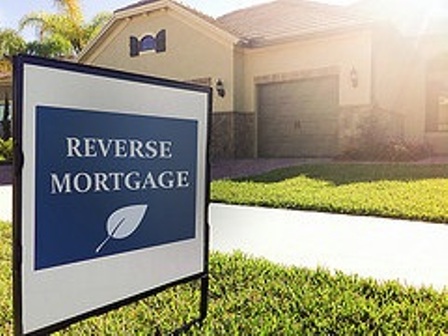 Reverse mortgages – thousands of seniors, who worked their entire life to own a home, are finding their homes foreclosed for several reasons.  The problem is that a few years ago there was little to no federal regulation on reverse mortgages.  A high percentage of these homeowners relied on the lies of those who made a profit from selling reverse mortgages.  They were told they could live in their home for the rest of their lives, for “free”.

Who sells these mortgages – mostly brokers/realtors who lost their normal income during the real estate crash, but now there is an entire lending market focused on these mortgages.  They targeted poor neighborhoods who are least likely to seek competent advice about the issues with reverse mortgages.  They looked for homes that needed repairs, leaving door hangers advertised a “tax-free” benefit for seniors.

TV ads featuring Henry Winkler, Fred Thompson and Robert Wagner made it appear that these mortgages were “free”.  They offered to “eliminate monthly payments permanently” with “a risk-free way of being able to access home equity” – neither of which is true, according to the Consumer Financial Protection Bureau. “Always retain ownership,” “remain in your home as long as you wish” and “you can’t be forced to leave” were other frequent hooks, according to investigations by federal regulators.

Five years ago HUD developed some changes to protect seniors.  But, those who signed reverse mortgages before the new rules went into effect are left to fend for themselves and, in many cases, lose their home.

So, what is the problem today?

Thousands of seniors signed reverse mortgages and did not understand they had certain obligations or their home would go into foreclosure.  These obligations included paying real property taxes or keeping the property insured and in good condition.  In ZIP codes where most residents make less than $40,000, the analysis found reverse mortgage foreclosure rates were six times higher in black neighborhoods than in white ones.

In ZIP codes where most residents make less than $40,000, the analysis found reverse mortgage foreclosure rates were six times higher in black neighborhoods than in white ones.  See the USA Today article for a map of the United States identifying foreclosures of senior homeowners – Chicago, Baltimore, Miami, Detroit, Philadelphia and Jacksonville, Florida, are among the hardest hit.

How do most reverse mortgages work:

Lenders appraise the value of a house and allow homeowners to borrow back money against that market value.

The following is a very generic description and not intended to describe every reverse mortgage.  Borrowers can stop making monthly mortgage payments, and they can stay put for life, so long as they maintain the home, pay property taxes and insurance and don’t sell, move out or die. Reverse mortgages require no credit check and government-mandated financial counseling can be as easy as a 20-minute phone call.

Lenders and their investors make their money through origination fees that can top $15,000 with fees and mortgage insurance, and by charging interest on the loan balance.

The neighborhood is damaged by foreclosures

Each foreclosure depresses home values within about 600 feet by 1%, according to a study in 2006 in the journal Housing Studies. As foreclosures mount, the study says, that figure compounds. Five foreclosures in a few city blocks means a 5% loss for every neighbor.

It’s all about money

Even when both husband and wife are old enough to qualify, reverse mortgage lenders often advise them to remove the younger spouse from loans and titles. Federal rules allow people to take out more money if they are older based on actuarial tables showing they have fewer years left to live.  The problem is the spouse who is not on the mortgage finds it very difficult to save the home after the spouse on the loan passes away.  There are deadlines for filing certain paperwork, all happening at a time the surviving spouse is dealing with the death of the spouse.

10 Questions to Ask About Reverse Mortgages

Sun Cities area has some of the highest reverse-mortgage foreclosures.

USA TODAY wants to hear about your stories