Collected at least $669,743 in up-front fees “in exchange for loan modification services they utterly failed to provide.”

Frank Becerra Campos, a California man, was sentenced this week to five years in prison for his involvement in a scam in which many Arizona Latinos lost their homes. Frank Becerra Campos, 66, of San Diego, and two other men ran advance-fee mortgage-rescue companies that collected at least $669,743 in up-front fees from more than 260 homeowners “in exchange for loan modification services they utterly failed to provide,” according to court documents. More than half of those homeowners were in Arizona, said Cosme Lopez, public-affairs officer with the U.S. Attorney’s Office in Phoenix.

“Any service asking for up-front payment to serve as a third-party mediator between homeowners and financial institutions should raise a red flag.”

The article goes on to say:

Campos, who speaks Spanish, and Miguel Carrera and Oswaldo Esqueda, both Mexican citizens who lived in Arizona, targeted mostly “distressed” Latino homeowners, according to the U.S. Attorney’s Office.  Active warrants are out for the arrests of Carrera and Esqueda, Lopez said. Both are believed to have fled to Mexico.

“It was an easy scheme for (Campos) to do this, because of the type of people in need,” Lopez said.

Under two business names, the men charged up-front fees ranging from $2,500 to $4,500 and promised homeowners their mortgage principal balance and monthly payments would be reduced by about 25 percent, a news release by federal prosecutors said.  Court documents said, “Not a single homeowner received a reduction in the principal balance on their mortgage loan.”  Rather, foreclosure proceedings “inevitably” began against most of them.

The three men facilitated bankruptcy proceedings for many of the homeowners, telling them it would delay their foreclosures.  Prosecutors also noted that Bankruptcy Courts found that the men committed multiple bankruptcy violations.

Campos started Gold Capital Investment Corp. in California in 1989, and Carrera and Esqueda, who are brothers-in-law, started Foreclosure Home Savers LLC in Arizona in 2009. They joined forces soon after, according to U.S. District Court documents. 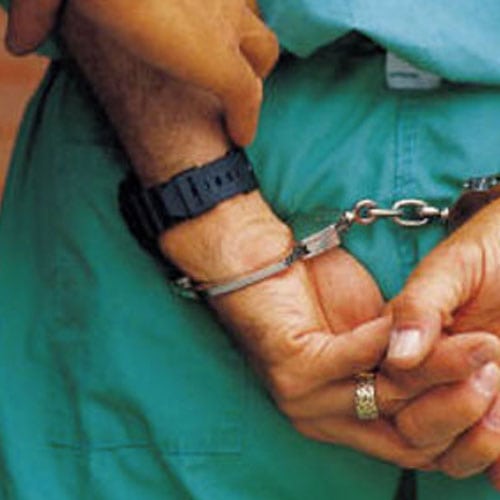 Campos pleaded guilty to his involvement with the scam after being charged with conspiracy, a felony.

In 2010, after a complaint from one of their clients, the FBI began investigating the men.  Campos pleaded guilty to his involvement with the scam after being charged with conspiracy, a felony.  He was sentenced Monday to five years in prison and three years of supervised release.  After being indicted and provided counsel, Carrera and Esqueda fled.  Officials believe that they are in Mexico and that Carrera is working in real estate, using the name Mike Beltran, according to prosecutors.

Campos’ plea agreement stipulates his agreement to pay full restitution to the victims of the scam — $127,253 to those in California.  It says that he, Carrera and Esqueda are all responsible for the $542,490 owed to Arizona victims.

Any service asking for payment to serve as a third-party mediator between homeowners and financial institutions should raise a red flag, said Andres L. Contreras, vice president of commercial property operations and housing counseling for Chicanos Por La Causa.  For more than 40 years, Chicanos Por La Causa has offered educational services and advocacy to people in Phoenix.  Although the organization caters to anyone, it offers services in English and Spanish and often serves Latino residents. Its housing counselors help homeowners who are nearing foreclosure or have encountered services such as those offered by Campos, Carrera and Esqueda.  For Campos’ victims, language was likely a major factor, Contreras said.

“(If you are) uncomfortable talking to the loan provider or the financial institution, and somebody comes to your house, speaking your language … telling you, ‘We can help you with this, we know how to navigate through that’ — a lot of it is the language barrier,” he said.

Chicanos Por La Causa and similar organizations seek to educate homeowners and help those facing language barriers learn to advocate for themselves when it comes to housing.  “Anyone who says, ‘I’ll take care of this for you; I will talk for you,’ you need to be wary of that,” Contreras said.

As an educated middle class female I am sometimes surprised by the scams some people fall into.  Then it hit my own family and I realized that anyone, including me, could be ripped off.

I listened to a young family member tell me about a “guaranteed deal” which would earn great interest on their life-savings of $20,000.

After gathering a few facts I searched the Internet for information about the company and owner.  Within a few minutes I was able to show them the history of the con artist and the swath of destroyed lives this creep left over several states.  We called the Arizona Attorney General’s Office and found that several Arizona residents had lost their life savings to this monster.  Good news – my family member did not send the money to the con, instead agreed to work in a sting operation to catch the creep.

So, while it is easy for you and me to say “not us”, the truth is that we want and need to trust those around us.

It is your job to help others, including yourself, stay away from con artists who would rather steal of others than get a legitimate job.