Why is Professional Help Essential in Filing a Good Bankruptcy?

WHY IS PROFESSIONAL HELP ESSENTIAL IN FILING A GOOD BANKRUPTCY?

The video below is presented by Bankruptcy Judge Charles Case, ret.

He has seen thousands of good people who were misled about the difficult of filing bankruptcy. Unfortunately, there was nothing he could do to fix their errors.

The most difficult aspect of filing bankruptcy is not the interaction with the court.

It is trying to understand the legal questions and issues as they relate to your particular situation; identifying the best time to file, or whether or not you should file. Once those difficult questions are answered then you must prepare the mountains of complex legal paperwork that are required in every bankruptcy. No question on the paperwork should be answered without understanding the term and the consequences of any particular answer.

These issues are all entail the practice of law and, by federal and state law, no one except a licensed attorney, experienced in bankruptcy law, can explain them as they apply to your unique situation.

The bankruptcy law has now turned what was a complicated law into a series of mine fields and quick sand. Even the experienced bankruptcy lawyer is unsure of some of the problems raised by the poorly drafted new bankruptcy law.

The goal in a bankruptcy is to get a discharge.  The success rates are much higher using an experienced bankruptcy attorney.

According to Ed Flynn of the American Bankruptcy Institute, those who hired a bankruptcy attorney for Chapter 7 had their debts discharged 96.2% of the time.

Those who represented themselves in Chapter 7 had their debts discharged just 66.7% of the time.

These folks are just typists (usually calling themselves ‘paralegals’) and only in the business to take your money.  I guarantee they will leave you in a worse position than if you never filed a bankruptcy.  Why using a document preparer or paralegal is dangerous or What about document preparers or paralegals or Paralegal and Lawyers Schemes and Scams.

Now don’t get me wrong, I have a wonderful paralegal (Jay) who is well trained and well supervised.  He would never prepare bankruptcy documents for anyone without my supervision.  He also does not understand the intricacies of the law.

Also, do not use firms who advertise on TV. 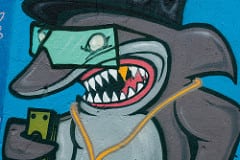 They are paying millions of dollars a year for those ads – where do you think the money comes from pay for them? Of course, from their clients. They charge two or three times more than most other lawyers charge for the same services. Again, they are in the business to make money and mass produce as many files as possible.

The other type of lawyer to watch out for is one that advertises to be the “lowest” price.

The truth is they take your money and then demand more and more, or threaten to leave you without an attorney.  This is a nationwide problem with lots of courts coming down on these firm, such as “Upright Law”, and Why Pay a Lawyer, but they continue to exist.  Never hire a law firm from another state, only hire a lawyer licenses in the state were you live.

That industrial assembly-line process worked well for Ford Motor Company, but does not work for a client needing individual attention. I do not tell you this in order to scare you into being my client, I say this because I have seen hundreds of examples of horrible abuses by documents preparers and incompetent lawyers suffered on innocent people who were only “trying to save a few bucks” or thought using a TV lawyer was their only option.

This would be like using an untrained, unlicensed person to do open heart surgery in a filthy room with roaches crawling on the instruments.

I know this sounds sick, but I have seen people lose their homes, cars, monies paid to their mothers and tax refunds.

SELF HELP IN THE LEGAL & MEDICAL WORLDS CAN BE VERY DANGEROUS.

Self-help in the legal world is not always smart because you may have tried to take care of your financial situation in ways that the law prohibits.

Your lack of understanding of the law is not an excuse the court will accept.

For instances, your mother helps support your family while you are unemployed. Good news – you are back to work and get a large tax refund. You use the refund to pay your mother back. A few months later your new company goes out of business. You finally decide that bankruptcy is the only way to save your marriage and your home; so you file. A couple of months later you receive a copy of a

complaint that has been served on your mother – she is being sued for all of the money you paid her. Yet, had you used the money to pay other expenses (see your lawyer for a list) then you would receive the coveted bankruptcy discharge, get your fresh start and your mother would never have been sued and forced to refinance her home in order to pay the creditors the money you paid to her. Plus, you can pay your mother back after your bankruptcy is discharged.

I am not making any of this up – the legal issues are called preferential treatment and fraudulent conveyances.

The same problem would arise if you sold, transferred or gave away property before filing a bankruptcy, or being sued by a creditor.

If you are reading this article some of you may be thinking that I am trying to scare you in order to increase my business. Not so, I am happy to refer you to very good bankruptcy attorneys who will all give you the same warning. In fact, I refer out a good number of folks who call my office. Why? Because another attorney is better equipped to address their specific needs.

My fear is that you don’t understand the importance of these and other issues in bankruptcy and take a path without proper guidance.

⇒Tips on How to Hire a Great Attorney

⇒How Does Bankruptcy Work and What is it Intended to Accomplish??