Richard S. Berry, Why Pay a Lawyer, admits to committing bankruptcy fraud. This is not the first time Mr. Berry finds himself in federal prison.

PLEA AGREEMENT BY RICHARD S. BERRY, WHY PAY A LAWYER

Richard Berry admits to bankruptcy fraud in order to hold off foreclosure. All with the purpose of charging clients thousands of dollars for a useless bankruptcy.

“The Why Pay a Lawyer clients often had no knowledge that I was listing the property in their bankruptcy case.” Richard S. Berry 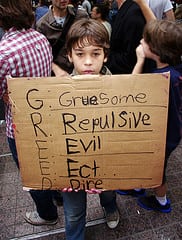 I, Richard Sylvester Berry, operated Why Pay A Lawyer? (WPAL), a document preparation service with offices in Tempe and Glendale, Arizona.

From April 2010 through March 2014, I worked with an associate in Las Vegas, NY, to make money from distressed homeowners by defrauding the U.S. Bankruptcy Court, bankruptcy trustees, mortgage lenders, and other financial institutions.

When mortgage lenders and other financial institutions attempted to lift the automatic stay and proceed with the foreclosure, we transferred the fractional interest to a different WPAL client’s bankruptcy case, and I directed WP AL employees to file a schedule of assets in the new bankruptcy case listing the homeowner’s property.

I did this to fraudulently trigger another automatic stay. I continued to do this until the homeowner stopped paying fees to Weimar Investments.

Fraud and greed hurt us all.  A disbarred attorney, like a doctor who loses their license, is a wretched situation for everyone (the individual, their family, friends, peers, but more importantly their clients/patients). When this same individual continues to illegally practice without a license it is shows a pathological disregard to any social norms. This type of compulsive behavior is solely focused on their own needs, at the cost to those around them.

Am I Responsible for My Deceased Spouse’s Pre-marriage Debts?

I Filed a Chapter 7. Why Did the Trustee Take My Business? Scroll to top