These so called “zombie debts” are debts that cannot be killed even by declaring personal bankruptcy. United States Trustee Program is an arm of the Justice Department.

The discharge of debt in bankruptcy does not make the debt magically disappear. The debt still exists, but the discharge is a federal injunction which prohibits the creditor forcing the borrower to pay the debt.

Once a borrower receives a discharge the creditors are required to update credit reports to reflect that the debt is no longer owed, removing any notation of “past due” or “charged off.”  But, the New York Time’s reporter finds that banks routinely fail to do that.  Creditors argue that there is nothing inaccurate 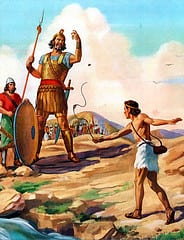 about reporting the debt to a credit reporting agency as still owing, provided that the debt is also reported as discharged in bankruptcy.

Bankruptcy judges suspect that the “errors” of not correctly reporting the debt status are not clerical mistakes, but are debt-collection tactics.  Borrowers allege that the banks refuse to fix the mistakes unless they pay the discharged debts.  Unfortunately, someone’s future is based on having good credit, such as a new job, the purchase of a new house or car.  Therefore, the borrowers are forced to pay discharged debts “zombie debts”.   Many borrowers are conned by the debt collector into believing that the debts were not discharged.  These folks do not realize this is an illegal ploy to collect on a debt that is not collectable.

Judge Robert D. Drain of the federal bankruptcy court in White Plains said in one opinion that debt buyers know that a bank “will refuse to correct the credit report to reflect the obligor’s bankruptcy discharge, which means that the debtor will feel significant added pressure to obtain a ‘clean’ report by paying the debt”.

In July, Judge Drain refused to throw out the lawsuit against JPMorgan, saying that the “complaint sets forth a cause of action that Chase is using the inaccuracy of its credit reporting on a systematic basis to further its business of selling debts and its buyer’s collection of such debt.”  During a hearing last year on a related case, transcripts show, Judge Drain said, “I might refer this, if the facts come out as counsel’s alleging, to the U.S. attorney,” for criminal prosecution.

Whether or not you believe in bankruptcy as an appropriate tool – this behavior by the banks and creditors is clearly an abuse of the legal system.  Bankruptcy is a constitutional right and designed to help people and businesses financially start over.  Outlawing indentured servitude was core reason why this country was established.

We have several videos on this site.  This is one “What is a Bankruptcy Discharge?”

Is Your College Offering Checking & Pre-paid Accounts with Tricks and Traps?

Ten Things You Need to Know Before Filing Bankruptcy

Is Your Financial Information Safe When Filing Bankruptcy?

Should Your House Be Used Like a Credit Card? Scroll to top