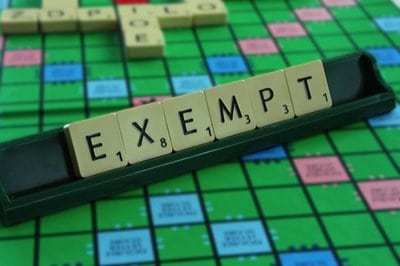 On Sept. 13, 2013 most of the laws that legislators and the governor enacted in this year’s session finally take effect. While several were highly controversial, such as expanding the state’s Medicaid program or simplifying the sales tax system, others are aimed at saving people’s property.   The new laws dealing with Arizona exemptions is one of those aimed at saving people’s property.

What is exempt property?  According to Wikipedia it is “Exempt property, under the law of property in many jurisdictions, is property that can neither be passed by will nor claimed by creditors of the deceased in the event that a decedent leaves a surviving spouse or surviving descendants. Typically, exempt property includes a family car, and other personal property.”

We have several videos on our web site.  Below are some that might be of interest:

MUSINGS BY DIANE: “My personal thanks goes out to Dwayne Farnsworth for drafting these changes and lobbying to move the bill through the Legislature (not an easy job).  All of his work made it easy to shepherd the bill through the final process and get it signed into law.

Dwayne – all of Arizona citizens thank you for your dedication.”

Arizona exemptions laws to increase in 2013