But if it walks and quacks like a duck – it must be a duck. 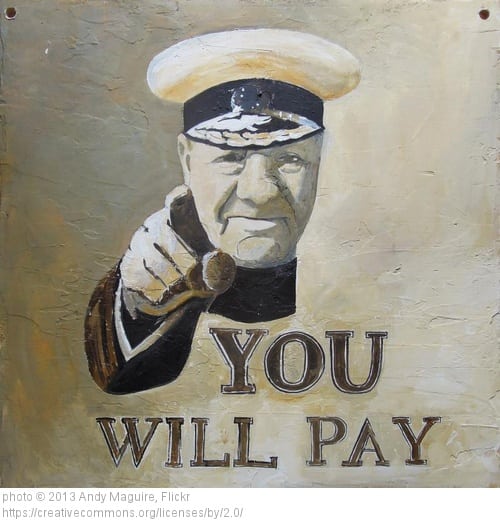 A payday or deposit advance is usually a two week loan, with interest over 300% to as much as 700%. Typically there is no deadline to pay. Why would there be? After all the lender or bank is getting this extremely usurious interest so why set a deadline to pay. Instead, the borrower is forced to borrow again just to pay off part of the first loan, then again to pay off the second loan.

With interest accruing on each loan.  And the wheel just keeps on spinning. These naive borrowers will never be able to pay off the loan, which is why 15 states have outlawed pay day loans as a predatory lending practice.

The banks automatically deduct their pound of flesh (interest) every week. Which more than likely overdrafts to the borrower’s account. The overdraft allows the banks overdraft fees. These overdraft fees usually range between $35 to $75 per occurrence. The Consumer Financial Protection Bureau study states these transactions are much more than harmless, one-time deals.  “The potential consumer harm and the data gathered to date are persuasive that further attention is warranted to protect consumers.”

This country will be reeling for the next decade or two from the greed of the national lenders involving wholly unethical real estate lending scams.

The Federal Deposit Insurance Corporation and the Office of the Comptroller of the Currency have proposed new guidelines for the banks they oversee. The Federal Reserve, which oversees other banks, has not yet addressed this issue. We can only hope they will do so shortly.

This country will be reeling for the next decade or two from the greed of the national lenders involved wholly unethical real estate lending scams.  Do you would think the banks would mind their manners for a while before jumping on another scheme to pray on the low income earner?

I am not saying that the borrowers do not play a part in this. After all, no one made them take out the loan. But, what does make me angry that lenders do not want the borrowers to know about the real financial consequences of entering into what may result in a never ending spiral toward bankruptcy. This nightmare began just because they took out one small payday loan.

“Payday loans are the same as the “knee breaking hard money loans” of yesterday.  Several states, including Arizona, have run them out of the brick and mortar stores.  Unfortunately the Internet provides access to unregulated loan companies.

Now that payday loan stores are not supposed to operate in Arizona our wonderful banks have decided to fill in the void.  They set up their own ‘payday loans’, but instead call them ‘deposit accounts’. “