Why Do Some Law Firms Act Like Salesmen in a Used Car Lot? Do clients really wanted to be treated like cattle or is it that they are not good attorneys? 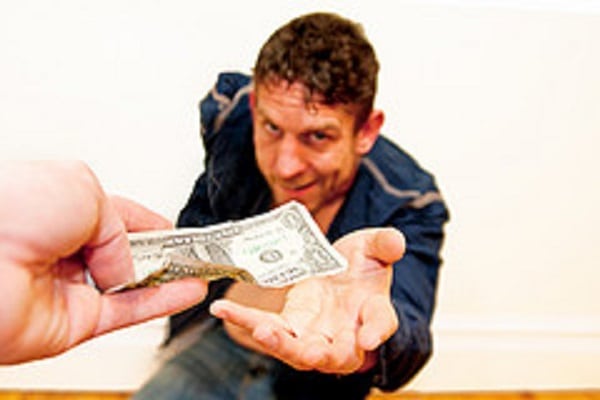 Check out this web site, watch this YouTube video or just Google the topic. You will see law firms that advertise on TV and the Internet subscribe to this policy of the “6 minute sales pitch”.

For years there has been a move to create mass-production law firms rather than law firms designed to assist their client’s individual needs.  This production law firm philosophy is a high sales pressure designed to “close the deal”.  As such it reduces the hiring of a lawyer to the same level as someone selling a timeshare or car.  Clients deserve to be treated with respect, not like cattle.When did attorneys start advertising their services using high pressure tactics?

In Arizona it started in the 1980’s with a family of used car sales men referred to as the “Major brothers”. These men decided to coerce naive, young attorneys, to sacrifice the sanctity of their law license for a fast buck. Time and again the same scheme has played out in Arizona: starting with Duane Varbel of Varbel & Associates Law Office, then Joseph J. Hessinger of Hessinger & Associates, followed by Michael S. Manning, Manning & Associates, then Jeffrey Phillips of Phillips & Associates (article “Zero down bankruptcy firms cost their clients plenty”), and now a new player (a young, attractive blond woman married to a member the Majors family) is currently advertising on TV. This problem has been going on for more than 20 years. There are several government agencies involved in trying to prosecute the the Major brothers and it still continues today.

The following is an excerpt of the Arizona Supreme Court regarding the disbarment of Michael Manning: THE FORMAL COMPLAINT STATED 30 COUNTS OF MISCONDUCT WITH RESPECT TO MANNING’S DEALINGS WITH 14 CLIENTS. THE COMMISSION FOUND THAT MANNING’S CONDUCT IDENTICAL WITH EACH CLIENT. MANNING ACCEPTED REPRESENTATION OF A CLIENT AND ACCEPTED FEES FROM THE CLIENT, AND THEN FAILED TO DILIGENTLY REPRESENT THE CLIENT, FAILED TO COMMUNICATE WITH THE CLIENT, AND FAILED TO PERFORM ANY SERVICE FOR THE CLIENT. MANNING THEN ABANDONED THE PRACTICE OF LAW WITHOUT INFORMING THE CLIENTS. IN ADDITION, THE COMMISSION FOUND THAT MANNING HAD SHARED LEGAL FEES WITH NON-LAWYERS, FAILED TO ADEQUATELY SUPERVISE NON-LAWYER SUBORDINATES, AND ASSISTED NON-LAWYERS IN THE UNAUTHORIZED PRACTICE OF LAW.