Millions $$ Being Released to Arizona Homeowners

Attorney General Tom Horne is today announcing in a press conference millions of dollars of resources to assist struggling homeowners made possible from the settlement reached with banks for improper or illegal foreclosure.  The funds to help keep Arizonans in their homes are part of the settlement with the nation’s five largest mortgage loan servicers (Ally/GMAC, Bank of America, Citi, JPMorgan Chase, and Wells Fargo), along with the separate settlement with Bank of America.

Restitution checks in the amount of $1,480 for people who lost their homes to foreclosure (many of which were illegal foreclosure) started to be sent out to people who filed claims with the AGO  this week.  The original estimate of direct restitution had been approximately $845.  People can expect their checks over the coming weeks.  The individuals receiving the checks waived nothing in order to receive restitution and may still pursue all remedies for wrongful conduct.

When the settlement was first made, it was announced that $1.6 billion would go to Arizona homeowners, most of it directly from banks.  Banks report to date that help has been given in the amount of $1.9 billion.

In addition, $57 million of relief was to be administered directly by the AGO.  The legislative authorization to spend this money was signed by the Governor on April 17, 2013.  Immediately the AGO began signing contracts with outside agencies to assist in the administration of this help.
This is a breakdown of the $57 million:

Do you feel you were involved with an improper or illegal foreclosure?

People with questions regarding the mortgage settlements or who wish to file a consumer complaint can visit our website at www.azag.gov/foreclosure, contact us by email at [email protected], or by phone at 602-542-1797 or 1-855-256-2834 (outside Phoenix area).
An overview describing the AGO’s mortgage related activities since the mortgage settlements were announced last year is available at www.azag.gov. 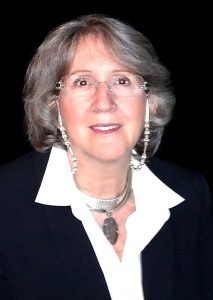 MUSINGS BY DIANE: “Let’s do the math: 1.6 BILLION paid to Arizona, but only $41 million to go to homeowners for illegal foreclosures.  Now I understand that some of this 1.9 billion was paid by the banks directly to the homeowners, but really am I to believe that most of the money will actually help those who lost or are losing their homes?  Call me suspicious, but I doubt it.  I absolutely understand that the agencies need to spend money gearing up to deal with homeowners.  Of course, this should have been done 5 years ago, but better late than never.  My prediction – less than 10% of the folks who lost their homes will ever see any of this money.  Perhaps I am wrong, but only time will tell.”