Is Pre-bankruptcy Planning Good Advice at the Time, but Bad Faith Later?”

Every client deserves competent advice in order to plan their life, but they also need to be able to avoid unforeseen results.  They also deserve to be treated with respect and compassion by everyone involved in the bankruptcy process.

Helping a client protect important assets before filing bankruptcy has always been seen as appropriate “pre-bankruptcy planning. To quote Ret. Bankruptcy Judge Sarah Curley “it is malpractice not to provide competent pre-bankruptcy counsel”.

A good friend of mine, Larry Karandreas, said “are we at a time that good advice = bad faith?”.  This is a warning to all consumer debtor attorneys and their clients.  The adage refers to the reality that the consumer bankruptcy world is changing.  Reduced bankruptcy filings result in the bankruptcy trustees, their attorneys and the US Trustee’s Office having more time to spend nit-picking every bankruptcy case filed.  What was good solid good faith pre-bankruptcy planning yesterday may result in a bankruptcy action alleging “bad faith” today.

When a bankruptcy case is filed a panel trustee is selected (by a computer, unless there is only one trustee in that county) to “over-see” that case.

The trustee’s job is to their best to make sure the debtor is being honest and to maximize the return of funds to the creditors.  As with all groups of humans, some of the group are fair and balanced in their interpretation of their job, others not so much.  If there is a predisposition for a trustee, or their attorney, to assuming that anyone who files for bankruptcy is a bad person, then that clouds how that trustee, or their attorney, treats honest debtors assigned to their oversight.  There are trustee guidelines, but those guidelines are not equally followed by all trustees.  Arizona has some great trustees, and their attorneys, who treat honest debtors with respect and compassion.  Unfortunately, there are other trustees, and their attorneys, who treat honest debtors very differently.  At the end an honest debtor has a different result depending on which trustee, or trustee attorney, is assigned to their case.  But, the experienced debtor’s attorney is well aware to that significant difference and can help the debtor plan. 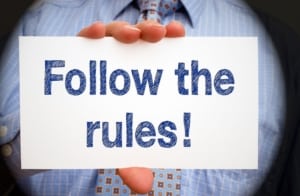 What are the Qualifications to be a Panel Trustee?

From the Handbook for Chapter 7 Trustees (page 2-1):

QUALIFICATIONS FOR PANEL MEMBERSHIP
The minimum qualifications for membership on the panel are set forth in 28 C.F.R § 58.3(b).
The panel member must:
1. Possess integrity and good moral character.
2. Be physically and mentally able to satisfactorily perform a trustee’s duties.
3. Be courteous and accessible to all parties with reasonable inquiries or comments about a case for which such individual is serving as private trustee.
4. Be free of prejudices against an individual, entity, or group of individuals or entities which would interfere with unbiased performance of a trustee’s duties.
5. Not be related by affinity or consanguinity within the degree of first cousin to any employee of the Executive Office for United States Trustees of the Department of Justice, or to any employee of the Office of the United States Trustee for the district in which he or she is applying.

Below are links to these and other documents:

How are the bankruptcy estate funds used? 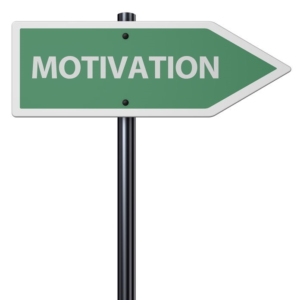 Now don’t get me wrong, I believe that everyone, especially the hardworking panel trustees should get paid a decent wage (see link below to the US Trustees’ report of those fees).  Currently a panel trustee is paid a menial fee $60 for a huge amount of work. Which is ridiculous and should be increased significantly, but when you look at the Professional Fee Report you will see a significant difference between the annual fee paid to some trustees and their attorneys ($120,000 compared to $1,000,000).

Unlike the majority of other states, Arizona law, as of this writing, does not protect tax refunds (including child care credit) from seizure by a bankruptcy trustee.  It is only after filing the bankruptcy that the desperate person looking for protection from their creditors, finds out that the trustee is going to take a portion, if not all, of their tax refunds.  Had that person talked to a good bankruptcy attorney before filing the case, they would have learned about this problem and been able to make an informed decision when, or if, to file for bankruptcy protection.

How much are the chapter 7 trustees and their attorneys paid?

The point of this blog?  A good bankruptcy attorney is supposed to give their clients good legal and practical advice.  Unfortunately, even if they give good advice and the client correctly follows that advice, bad things may happen.  Filing bankruptcy needs to be done carefully and with lots of forethought.  Some of the stakeholders in any bureaucracy are easier to deal with than others,  After all, we are all humans.  I don’t have the answer to this problem, other than to stand up to those who are over-reaching and force them into court.  We can only hope the judge will see what is really happening and send a message to the trustee and their attorneys.  Only time will tell.
Update – February, 2021 several of the chapter 7 trustees filed complaints with the State Bar of Arizona because of the things I said in this website.  These complaints were immediately dismissed by the State Bar.  One of their complaints is that in this post I used some rather stirring pictures and words.  Such as “blackmail” and pictures of a man with a gun to his head or a woman being strangled.  Note – this post was written five years ago.  But, given the current political atmosphere (Trump and the horrific attack on the US Capital and Congress) I agreed that those pictures were not the best for the current times and removed them.  Most likely this attack by the trustees was prompted because I was a signor on a letter to Clifford J. White, III, Director of the US Trustees Program, which pointed out to Mr. White that some Arizona panel trustees were making extremely burdensome document requests of every debtor, not just the few debtors who should produce more extensive documents.  This letter came from the National Association of Consumer Bankruptcy Attorneys, National Consumer Law Center and Arizona Consumer Bankruptcy Counsel (I am the founding co-Executive Director). LT Clifford White, Director of US TE re burdensome document requests (455 downloads)

We have several videos on this site.  Such as the following: