May 15, 2017: Resolving a split of circuits, the Supreme Court held 5/3 in Midland Funding LLC v. Johnson  6-348 (Sup. Ct. May 15, 2017) that a debt collector who files a stale claim that is “obviously” barred by the statute of limitations has not engaged in false, deceptive, misleading, unconscionable, or unfair conduct and thus does not violate the federal Fair Debt Collection Practices Act.

“Writing the opinion for the majority in favor of the debt collector, Justice Stephen G. Breyer said that the conclusion on one issue — false, deceptive or misleading — was “reasonably clear.” The second issue — unfair or unconscionable — presented a “closer question,” he said.  The dissent replied that “Professional debt collectors have built a business out of buying stale debt, filing claims in bankruptcy proceedings to collect it, and hoping that no one notices that the debt is too old to be enforced by the courts. This practice is both ‘unfair’ and ‘unconscionable.'”

Despite existing laws governing collection of debts Midland now opens the door for debt buyers to purchase claims that are far outside the deadline for collection (referred to as “stale claims”) for pennies on the dollar and file a proof of claim in a bankruptcy with the hope they will collect money in the bankruptcy.  Why?  Because trustees and debtors normally do not object to this type of claims.  The Supreme Court seemed to think (wrongly in my opinion) that chapter 13 bankruptcy trustees review each and every claim in detail.

(History of Midland: In an action under the Fair Debt Collection Practices Act “FDCPA”, 15 U.S.C. sections 1692e and 1692f, arising out of a Chapter 13 bankruptcy case in which a creditor filed a claim asserting that debtor owed a credit-card debt and noting that the last time any charge appeared on debtor’s account was more than 10 years ago, which exceeded the 6-year statute of limitations.  The US Supreme Court’s decision reverses the Eleventh Circuit Court of Appeals’ decision that the FDCPA applied to the case.  Finding that  the filing of a proof of claim that is obviously time barred is not a false, deceptive, misleading, unfair, or unconscionable debt collection practice within the meaning of the FDCPA.)

Arizona is going to see a flurry of debt buyers suing on “old debt” outside the six year statute of limitations because of this case:

MERTOLA, LLC, v. SANTOS, No. 1 CA-CV 16-0168 (AZ Court of Appeals, Division 1,Decided: March 02, 2017)  “We hold in this case that, absent agreement to the contrary, a cardholder’s failure to make a minimum monthly credit-card payment does not trigger the statute of limitations on a claim for the entire unpaid balance on the account. Absent contrary terms in the account agreement, the lender’s claim for the balance does not accrue, and limitations does not begin to run, until the lender accelerates the debt or otherwise demands payment in full.”

So why the hubbub about these stale debts?

If you read Midland and Mertola together it appears debt buyers can purchase and try to collect on debts that are very, very old because the creditor never accelerated the loan by calling it all due and payable (in writing).  Now the Supreme Court opened the door for debt collectors/buyers to file proof of claims for debts never accelerated (Arizona) and/or stale with the hopes of collecting in a bankruptcy.

Note – remember the statute of limitations is an affirmative defense. 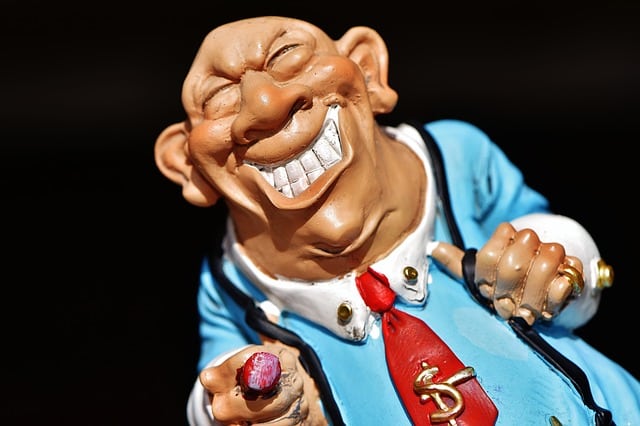 My concern – in a non-Arizona accelerated situation, normally a debt becomes uncollectable once the applicable statute of limitations expires; only to be reborn if the borrowers make any payment on the debt.  Therefore, under Midland, if the creditor, debt collector or buyer receives just one cent from the bankruptcy claim the debt is reborn and, if the bankruptcy is dismissed (not discharged) that will give the creditor or debt collector the right to sue and collect on the original debt, plus all contractual interest and penalties.

I predict that all creditors will set up their own subsidiaries to “buy” stale debts (some have already done so).  For Arizona residents those creditors will let the debt sit for decades and then pounce on the borrower when their finances have improved.  Some of you believe that is only fair “after all they borrowed the money and should pay it back”.  Others will feel that everyone has the right to move on with their lives and not suffer for mistakes or circumstances that happened decades earlier.