On January 1, 2022, HB2617 will become the law of Arizona.  Your home is no longer protected from your judgment creditors, which will have a devastating effect on Arizona’s consumers, and those hardest hit by Covid-19. 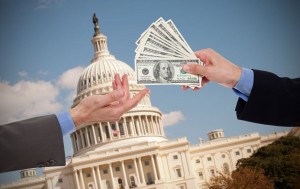 This bill was promoted by Ben Toma, House Majority Leader, bought and paid for by the creditors and debt collectors.

There are three parts to the bill and its amendments: 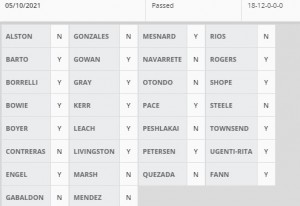 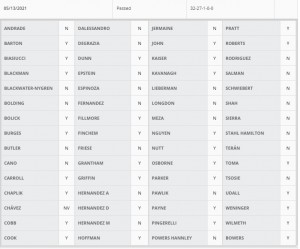 The homestead exemption has been an essential Arizona consumer protection law since the beginning of Arizona statehood.

The purpose of the homestead exemption is to protect a person’s home. For decades, A.R.S. § 964(A) has prohibited judgments from attaching to a person’s home by providing:

“[A] judgment shall become a lien for a period of ten years from the date it is given, on all real property of the judgment debtor except real property exempt from execution, including homestead property.” A.R.S. § 964(A) (emphasis added).

The bill eliminates this protection by automatically converting judgments into a lien that encumbers the person’s homestead.  It puts the interests of the judgment creditor ahead of a homeowner’s interest in the home. It puts families at risk of being left without shelter.

The consequences on debtors who file bankruptcy.

A bankruptcy discharge only relieves a debtor from its personal liability (i.e., the creditor is no longer able to sue or garnish a debtor for the debt). The purpose of a bankruptcy discharge is to give a debtor a fresh start by eliminating all debts. Bankruptcy judges have relied on the A.R.S. § 33-964(A) when holding that no lien attached to a debtor’s homestead and thus no lien could be avoided under the Bankruptcy Code. (i)   It is possible that thousands of bankruptcy cases will need to be reopened, at a substantial cost to the homeowner, to obtain a court order avoiding a lien that didn’t exist at the time of the original bankruptcy.  Some language was included as an amendment, but only time will tell if that language holds up to litigation of the issue.

This change in the law will most certainly lead to a significant increase in bankruptcy filings in order to eliminate the judgment liens on homestead property.

The bill amendments allow the judgment creditor to invade the homestead proceeds in the case of a refinance.

Homeowners refinance their existing mortgages to reach the excess equity in their home. Often, this amount is less than their protected homestead amount.    When a borrower is struggling financially, the borrower can refinance the mortgage, take out existing equity and use that excess cash to pay essential living expenses, repair a home, and pay off medical bills.

The Toma Floor amendment effectively eliminates the homestead exemption by creating an exception to its application in the event of a refinance.  As a result, a judgment creditor can take a homeowner’s equity upon refinance without regard for the exemption.

The bill and its amendments negatively affect other creditors.

By allowing a judgment to retroactively attach to a homestead, the new law will deprive many existing creditors of their lien positions, because the loan was granted subsequent to the date of the judgment. Similarly, holders of second or subsequent mortgages will likely be denied their rights to the house.

The provision to increase the homestead exemption to $250,000 is long overdue and a welcome change to existing laws.  However, converting judgments into automatic liens that attach to a person’s homestead grants no added benefit to judgment creditors, while significantly weakening the homestead protections granted to Arizonans.

Retroactively granting lien rights to judgment creditors will be the foundation for a significant amount of litigation in both Arizona courts and federal courts and could potentially create chaos in the Arizona bankruptcy court. Giving judgment creditors greater rights in a homeowner’s equity upon refinance completely defeats the purpose of the homestead exemption.

The bill, with its amendments, change the existing law to the extreme detriment of families who need basic shelter.

i  In re Rand, 400 B.R. 749 (Bankr. D. Ariz. 2008) (holding that a creditor’s judgment does not attach to any homestead, regardless of equity, and judgment creditors are “denied the special and convenient remedy of obtaining a lien against the homestead and waiting for their collection to fall into their laps when their debtor has to sell or refinance).

iii  Excludes judgments for domestic support/child support which are not subject to the homestead exemption. 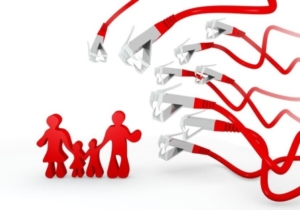 Politically, this is a very strange time.  Politicians are doing things that only a criminal would try (from the insurrection on January 6, 2021, to selling their soul to a narcissist).  Arizona has become the laughing stock of the nation (equal to Florida and Texas).  Voting rights are something to hold hostage.  Why?  Where is honesty,  respect and common courtesy?

Arizona legislators just invaded your homestead protection.  They cloaked this invasion in an appealing cover of raising the homestead from $150,000 to $250,000.  But, just like the Greeks, this was a Trojan horse.  Pretty on the outwide, but deadly on the inside.  After January 1, 2022 all past valid judgments are now going to attach to your homestead.

Eventually everyone is going to harmed by this change in the homestead law.  Secondary lending will slow down, and, probably, disappear completely for those with modest incomes.  The consequences of refinancing are not going to be known by the common Arizonian, at least not until they try to refinance their home, only to find out the money goes to the creditor(s) who have judgments, not to the homeowner.  So much for paying for the new roof, or dad’s heart surgery.

When will this insanity stop? When will people be more important than the dollar?