The Seamy World of Debt Collecting

Real life look into the seamy world of debt collecting and the shady characters at the center of the multi-billion dollar business.

In fact, many of the debt collectors were drug dealers in their past lives.

American Bankruptcy Institute “ABI” Resident Scholar Prof. Lois Lupica interviews Jake Halpern, author of the hot new book Bad Paper: Chasing Debt from Wall Street to the Underworld.   It is a riveting tale of the seamy world of debt collecting and the shady characters at the center of the multi-billion dollar business. 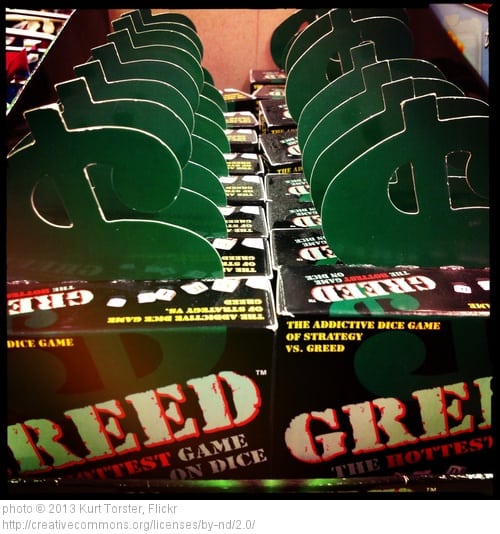 VERY IMPORTANT TO KNOW – This book is based on the real underworld of the debt collection schemes and artifices.  According to the interviewer 77 million people in the US have at least one debt in collections.  The average debt is $5,500.  Typically, after a debt is more than 180 days delinquent the original creditor will sell it for “pennies on the dollar” and the debt buyer rarely receives any paperwork ( such a a copy of the original contract accounting) to back up the debt.  Instead, the debt is listed on a spreadsheet along with thousands of other debts.

The original creditor specifically disavows any responsibility for the accuracy of the debt.

In fact, many of the debt collectors were drug dealers in their past lives. (No – I am not making this up – see these YouTube videos.)

According to Credit Slips (a blog about credit, consumers, bankruptcy and financial institutions) “there are several lawsuits filed against large banks (GE Capital/Synchrony, Bank of America/FIA Card Svcs, Citigroup, and Chase). The GE complaint alleges that the banks have a systematic practice of “selling and attempting to collect discharged debts and … failing to update and correct credit information to credit reporting agencies to show that such debts are no longer due and owing because they have been discharged in bankruptcy.” You can download the complaint in the GE case here

The Credit Slips blog goes on to say “(m)ore specifically, the allegations are that after a discharge, some creditors do not update their tradelines to a status of “in bankruptcy” and instead leave them as “charged-off.” The credit report of a person in this situation would then say they have filed bankruptcy and obtained a discharge but you could not tell whether any individual debt has been discharged in that bankruptcy. The (non-binding) credit bureau reporting guidelines (METRO 2) specify that creditors should report accounts as “included in bankruptcy” once they receive a notice of discharge.”

The Consumer Financial Protection Bureau “CFPB” is currently focused on the large debt collectors.  The problem is that no one is really looking at the seedy under belly of the small debt collectors.  These are people who tell borrowers that they “are going to be arrested or their children taken by Child Protection”.  A few years ago one of my clients was told by a debt collector for American Express that he “had the right to bring a moving van to her home and he could take anything he wanted out of her home”.  This client was an 80 year old widow.   I can only hope this creditor has trained their collectors better today.

The naive borrower pays this stolen debt only to find that the legitimate debt collector is still demanding money.

What should a borrower do if contacted by a creditor/debt collector?

2)  Request a validation letter showing a complete accounting of all the debts and payments.

3)  Check the caller out with the Better Business Bureau, the FTC (Federal Trade Commission) and the CFPB.  Also check them out on the Internet.

4)  Make sure the debt is not already beyond the statute of limitations in your state.

5)  Never give anyone your bank account information or social security number.

It is up to you to protect yourself and your family.

Educate yourself on important issues that affect your life and that of those around you.  My way of helping is to provide general information on working with a lawyer.  We have several videos on this site, this is just one “Why I Offer Free Legal Advice“

Warn everyone you know about these bottom feeders.  File complains with the CFPB, local Attorney General’s office and the Federal Trade Commission.