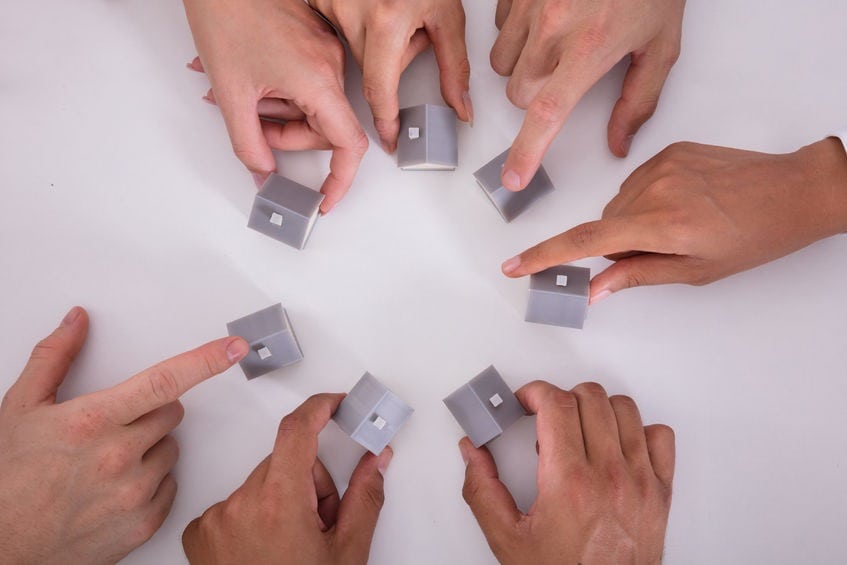 Homeowner Associations enforce numerous architectural restrictions governing the construction and appearance of homeowners’ properties including satellite dishes, energy devices, basketball hoops, children’s play equipment and landscaping, to name a few. Arizona statutes have provided little help in interpreting whether a Homeowner’s Association’s guidelines are enforceable. However, a recent Court of Appeals Division One case, Garden Lakes Community Association v. Madigan, 393 Ariz. Adv. Rep. (2003), sheds some light on this issue. The court held that the Homeowner’s Association’s architectural restrictions governing the construction and appearance of solar energy devices on homes within the subdivision was unenforceable under A.R.S. § 33-439(A) because the restrictions “effectively prohibited” the homeowners from installing or using solar energy devices.

William and Joan Madigan and Henry and LaVonne Speak owned homes in the Garden Lakes subdivision. The Madigans’ and the Speaks’ properties were governed by the Declaration of Covenants, Conditions, Restrictions and Easements for Garden Lakes (“CC&Rs”). The Association established an architectural review committee which issued guidelines regarding the construction and appearance of solar panels and equipment as follows:

The Madigans and Speaks installed solar energy devices on the roofs of their respective homes without the Association’s or the architectural committee’s approval. The solar energy devices included solar panels to collect and transfer heat to their swimming pools. The Association sued the Madigans and the Speaks in separate actions for breach of the CC&Rs for failing to comply with the guidelines set forth in the CC&Rs and sought permanent injunctions compelling the removal of the energy devices, monetary penalties and attorneys’ fees and costs. The Madigans and Speaks defended on the basis of A.R.S. § 33-439(A) arguing that the CC&Rs were void and unenforceable. A.R.S. § 33-439(A) states:
“Any covenant, restriction or condition contained in any deed, contract, security agreement or other instrument affecting the transfer or sale of, or any interest in, real property which effectively prohibits the installation or use of a solar energy device as defined in A.R.S. §44-1761 is void and unenforceable.” (Emphasis added.)

Burden of Proof. The Association argued that the Speaks had the burden of proving that the CC&Rs “inevitably precluded” the installation of their solar heating unit and that they failed to meet that burden of proof. The Speaks, relying on A.R.S. § 33-439, argued that the evidence showed that the Association’s requirements for installation of the solar heating device either could not be met or added so much cost to the installation that any homeowner would forego solar energy and opt instead for a gas or electric pool heater.

The Court of Appeals ruled that the burden of proof was on the homeowners to prove that the CC&Rs and guidelines effectively prohibited them from installing and using a solar energy device, but also held that the homeowners had met their burden.

Statute Interpretation. The Court of Appeals stated that their goal in interpreting statutes is to fulfill the intent and purpose of the legislature. With respect to A.R.S. § 33-439, the Court of Appeals stated that the legislative history does not reveal the precise meaning and application of the crucial phrase “effectively prohibits.” The Court of Appeals went on to state that while it might be desirable to have a bright line rule or formula to determine precisely whether an Association’s restriction effectively prohibits installation or use of solar energy devices, the legislature has not chosen to provide guidance beyond the phrase “effectively prohibits” and has instead adopted a practical, flexible standard that permits the many variations and restrictions and effects to be considered on a case-by-case basis.

Alternative Designs. The Court of Appeals discussed in detail the testimony at trial that focused on two alternative designs that the Association argued were feasible and would comply with the guidelines.

The first alternative was a patio cover large enough to hold the Speaks’ solar panels. The Speaks’ expert testified that the size would be extensive; cover part of the pool and the cost would be nearly $5,000.00. There was also evidence introduced that the City of Avondale would not allow patios to encroach into pool set back areas.

The other solution suggested by the Association was an aesthetic screen. The court noted that the screen would cause some shading on the solar panels part of the year thereby decreasing solar efficiency.

The Association argued that the trial court should not have considered the increased cost to the Speaks for these alternative solutions. According to the Association, extra installation requirements might be deemed to be within the reach of a wealthy homeowner while the same requirement might be deemed to effectively prohibit a less affluent homeowner from installing the solar devices. The Court of Appeals held that the costs necessary to comply with the aesthetic and architectural restrictions is not dispositive but is a factor to be considered. The Court held that the focus should be on the motivation of the average homeowner within the Association to install a solar energy device given the financial burden and potential loss of solar efficiency imposed by the restrictions. To that end, there was testimony presented that most people would not buy a solar system that cost more than $4,500.00. The Court of Appeals held that there was evidence sufficient to support the finding that the alternatives suggested by the Association were not viable options.

In sum, the court held that in this case, the Association’s restrictions in effect would prohibit the installation of the solar energy devices in violation of A.R.S. § 33-439(A) and therefore, the restrictions were unenforceable.

This case provides a guideline that courts will look to regarding the validity of an Associations’ restrictions. Implicit in the Court of Appeals’ decision is that regulations and restrictions by an Association regarding matters that are not addressed in statutes, such as pets, parking, vehicles and similar restrictions would not meet such as stringent test from the court.