From Bloomberg: Student Loan Giant Faces Trial over US Claim it Duped Borrowers. 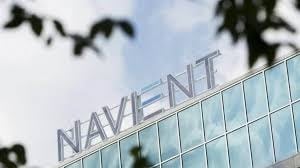 Lawsuits brought by  Consumer Financial Protection Bureau and state attorneys general of Washington and Illinois allege that Navient mistreated hundreds of thousands of student debtors by taking shortcuts to minimize its own costs, while adding what the CFPB said was as much as $4 billion in interest charges to borrower loan balances.

Navient remains under investigation by other state authorities while it seeks to land a lucrative Trump administration contract to continue collecting payments from borrowers with federal student loans.

A CFPB analysis earlier this year found that Navient was the nation’s most-complained about financial company.

Navient illegally steered struggling borrowers facing long-term hardship into payment plans that temporarily postponed bills (while interest continued to accrue), the officials alleged, rather than helping them enroll in federal programs that cap payments relative to their earnings and offer the promise of loan forgiveness. Navient has denied the allegations.

Can You End up in Prison After Filing a Bankruptcy?

Mortgage Lenders & Servicers Are Not Your Friend Scroll to top