Is Someone Trying to Collect On a Debt You Already Paid or is Not Yours?

Have you received a demand that you pay a debt you don’t owe, or already paid?

Reprint of an article from the Federal Tradc Commission “FTC.gov”, September 29, 2020 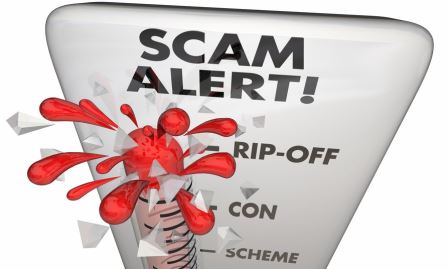 Nobody likes getting debt collection calls. But have you ever gotten one for a debt you already paid — or you know isn’t yours? Or have you been threatened and harassed by a debt collector until you paid up? If so, we want you to know how to protect yourself.

Have you gotten a collection call about a debt you don’t recognize? Before you pay:

1. Find out who’s calling. Get the name of the collector, the collection company, its address, and phone number.

2. Get “validation” information about the debt. Within 5 days of first contacting you, debt collectors must “validate” or tell you the amount of the debt, the name of the current creditor, and how to get the name of the original creditor.

3. Don’t respond to threats. When scammers threaten to arrest you, suspend your driver’s license, or call your employer if you don’t pay immediately, hang up and report the collector to the FTC at ftc.gov/complaint.

5. Dispute the debt. If you think you don’t owe some — or all — of the debt, dispute it with the collector by mail or online. Even if you got validation information.

Learn more about dealing with debt collection at ftc.gov/debtcollection.

A powerful story from one man who refused to be bullied to one of the devious debt collectors:

Millions Are Hounded for Debt They Don’t Owe. One Victim Fought Back, With a Vengeance

Andrew Therrien wanted payback. He got it—and uncovered a conspiracy.  “It begins when someone scoops up troves of personal information that are available cheaply online—old loan applications, long-expired obligations, data from hacked accounts—and reformats it to look like a list of debts. Then they make deals with unscrupulous collectors who will demand repayment of the fictitious bills. Their targets are often poor and likely to already be getting confusing calls about other loans. The harassment usually doesn’t work, but some marks are convinced that because the collectors know so much, the debt must be real.
The problem is as simple as it is intractable. In 2012 a call center in India was busted for making 8 million calls in eight months to collect made-up bills. The Federal Trade Commission has since broken up at least 13 similar scams. In most cases, regulators weren’t able to identify the original perpetrators because the data files had been sold and repackaged so many times. Victims have essentially no recourse to do anything but take the abuse.”

What can you do?  Help educate everyone – even those who pretend they know everything (you know who I am talking about :-)).  Subscribe to reports from www.Consumer.FTC.gov/blog.