In 2015, a new anti-puppy mill law took effect in Chicago that changed the landscape for pet stores. The law prohibits pet retailers from sourcing animals from anywhere except government run animal shelters, or animal control, or non-profit pet rescues, or pet shelters. Basically, pet stores are no longer able to source animals from pet breeders.

Pet stores and breeders banded together to file a lawsuit to stop this new law, but it was dismissed and affirmed by U.S. 7th Circuit Court of Appeals affirmed, saying Chicago’s ordinance was neither an over-reach of home rule power nor a violation of the Commerce Clause.

Why ban puppy mills, besides being one of the most disgusting places on earth?

Chicago’s argument was that pets from mills disproportionately have health and behavior problems that become burdens on their owners, who then often abandoned the animals, who become economic burdens on the city’s shelter. 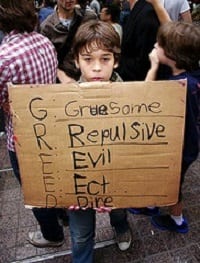 When I was 20 years old my new husband and I purchased a wonderful St. Bernard puppy from a pet store.  We intended this sweet animal to be a great playmate for our brand new baby girl.  Little did we know the puppy was from a “puppy mill”.  As kids we had never heard that term and assumed that all puppies came from loving families who want to sell their puppies through a pet store rather than a newspaper ad (all before the Internet).  How sadly mistaken we were.  In just a few months it became obvious this sweet and loving puppy had serious medical problems.  After spending more than a thousand dollars (which meant selling one of our cars) we were forced to put our puppy to sleep.  My heart still hurts today for the pain that sweet puppy suffered because of the inherited problems (hip dysplasia and terrible gastro problems).

Always know where your pets come from.  Meet the breeders, tour the kennel, research the seller and check AKC registration (if the breeder says you are buying a “pure bred”).  If you are adopting from a rescue make sure to have a vet check them out.

Help run these folks out of business.  No animal should have to suffer the way these beautiful pets are forced to live.  No child should be told their ‘best friend’ is going away forever because they are very sick and in constant pain.