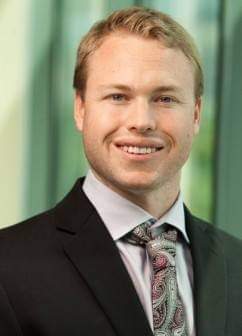 Mr. Forrester took payment from a bankruptcy client, was terminated before performing services, and thereafter refused to give the client a refund. The client disputed the charges with his credit card company and filed a complaint with the Attorney General’s Office. Mr. Forrester provided intentionally misleading information to the credit card company and the Attorney General when responding to the complaints.

During the disciplinary proceedings, Mr. Forrester failed to attend the mandatory settlement conference and was held in contempt. Mr. Forrester missed the deadline to purge the contempt and default was entered against him.

Aggravating factors: dishonest or selfish motive, bad faith obstruction of the disciplinary process, submission of false evidence, refusal to acknowledge the wrongful nature of the conduct, substantial experience in the practice of law, and indifference to making restitution.

October 1, 2021 – Bankruptcy Judge Wanslee “finds that Forrester engaged in egregious and sanctionable conduct requiring the Court to discipline him to protect the integrity of the bankruptcy system, the Court and parties before the Court.”  Judge’s Order Suspending Forrester and Sanctioning for egregious conduct. 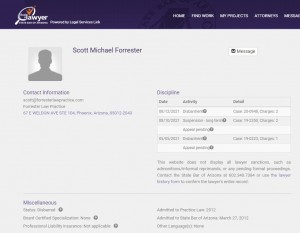 On May 5, 2021, and again on August 12, 2021, the State Bar of Arizona entered a orders of disbarment against Scott Michael Forrester.  They also issued a long term suspension order on August 10, 2021.  This leaves more than 100 bankruptcy clients abandoned and out the money they paid Forrester.

Hundreds of clients have, or should have, claims against him for failure to perform his professional duties and so much more.  (See below for information about making a claim with the State Bar Client Protection Fund.)

There are multiple State Bar complaints, numerous pending law suits in Bankruptcy Court, plus so many clients who have been mentally abused by Scott Forrester’s. attitude, either intentional or unintentional, during his short years in his bankruptcy practice.

Note – June 2, 2021 – Mr Forrester appealed the State Bar’s order of disbarment, but discipline hearing panel refused to allow him to continue practicing law during the appeal because “in its discretion, determines no conditions of supervision will protect the public while the appeal is pending.” (Arizona Supreme Court Rule 59(c))  Also, the Bankruptcy Court has terminated Mr. Forrester’s ability to file documents in that court.

Judge finds that Scott M. Forrester “willfully violated orders of this court….”  “lack of attention and diligence as to the files he is handling…” “evidence that papers are being filed without review by the clients….which is a clear violation of the Code and Rules” “Mr. Forrester is ordered to disgorge fees…until proof of compliance”  “Court finds that Mr. Forrester has failed to follow the requirements of the Code and the Rules…”  “Mr. Forrester’s practice does not seem to be compliant … it is difficult to see any change or improvement”.  “Clients are not to pay Forrester directly, but must pay to the Registry of the Court.”

The Client Protection Fund (“Fund”) was established by the Supreme Court of Arizona in 1961. Its purpose is to promote public confidence in the administration of justice, and to preserve the integrity of the legal profession by reimbursing people who have sustained losses caused by the dishonest conduct of lawyers admitted and licensed to practice in Arizona.

The mission: to protect the public from consumer fraud. To provide advocacy and public education on consumer protection issues with an emphasis on fraud and abuse.

Consumer fraud, as defined by Arizona law, is any deception, unfair act or practice, false statement, false pretense, false promise or misrepresentation made by a seller or advertiser of merchandise. In addition, concealment, suppression or failure to disclose a material fact may be consumer fraud if it is done with the intent that others rely on such concealment, suppression or nondisclosure. Merchandise may include any objects, wares, goods, commodities, intangibles, real estate or services.

Bankruptcy is not a quick fix.  You must understand the law and work with an attorney who knows their job, loves their job and treats you with respect.

Alert! Never hire any professional (plumber, doctor, lawyer or other) without doing your own investigation.  Talk to their prior clients or patients.  Look at their reviews, but understand many reviews are fakes.  Get advice from at least two professionals before making a decision who to hire.  Fire them immediately if they don’t seem honest or are rude, to you or their staff.

The Client Protection Fund was created to compensate clients who have lost money due to the dishonest conduct of their lawyer.  The Fund defines “dishonest conduct” as conduct in the nature of theft, embezzlement, or misappropriation of money, for example, taking legal fees and performing no legal services.  Another way the Fund may assist clients is in situations where a lawyer dies before performing any legal work of value for which he/she was already paid.  The Fund does not cover malpractice or negligence by a   lawyer, nor does it cover disputes about legal fees charged when the lawyer did perform some work.  The Fund   is established by donations from lawyers; no tax dollars are used in the Fund.  There is no entitlement to any money from the Fund.  Payments of claims are made in the sole and absolute discretion of the Fund’s Board of Trustees.  See http://www.azbar.org/cpf/ 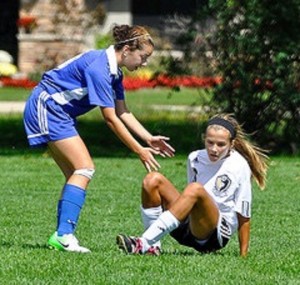 Never allow someone to be abusive, whether mental or physical.  If any human abuses another living thing, then the abuser is sick, not the living thing he/she is abusing.  According to numerous reports from his clients, Forrester repeatedly yelled at his clients, calling them hurtful names and blaming them for things that were not their fault, or that they did not understand.  It took several of us two years of repeatedly bringing attention of his bad acts to the court and the State Bar before he was finally disciplined.  The good news – they did something.  The bad news – if his disbarment appeal is successful he will keep hurting innocent people.  The additional bad news all the damage suffered on the clients even after the problem was known, because the system is so slow to respond.  I recognize there is a reason for a bureaucracy to respond slowly, so as not to over-react to an occasional event.  But, what I observed in dealing with Forrester is that he became embolden by the court’s and State Bar’s failure to respond quickly. As with any bully, the more he gets away with his abuse, the more he comes to believe his actions are acceptable.

The first time I heard from his client about the problems, I reached out to Forrester to see if I could help him (I am part of a great consumer debtor mentoring group).  Other good attorneys did the same.  The results?  Without exception, each of us were rebuked.  Forrester was positive we were trying to “poach” his clients, rather than trying to help him be a better attorney.  When someone has that attitude, then there is nothing you can do, except to make sure the officials know about this bad apple.  Next, take the necessary actions to remove this rotting apple from the apple barrel, so as not a infect the other apples.

Never tolerate bullies.  Stand up to them, make noise, report them to the authorities and don’t let up.  If they are licensed (like attorneys) file complaints with the United States Bankruptcy Court and the Arizona State Bar.  If he stole from you (you paid money for services you did not receive) then file a claim on the State Bar Client Protection Fund information and form.  You owe it to your fellow humans.  Here is a great video on the topic of dealing with uncomfortable situations.  The speaker, Cindy Villanueva, is great and has some detailed tips “Get Comfortable with Punches“.