Deeds in Lieu: Does Merger Apply When Grantee is Senior Lienholder?

DEED IN LIEU: MERGER DOCTRINE DOES NOT APPLY WHERE GRANTEE IS SENIOR LIENHOLDER 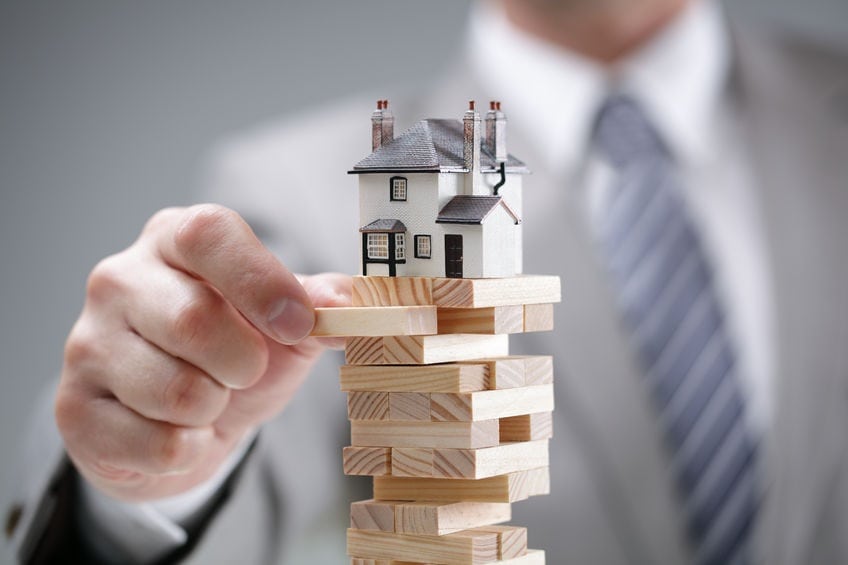 Are you playing Jenga with your home?

Since the California Supreme Court’s 1897 decision in Davis v Randall,(1) the law in California has clearly been that “whether a mortgage lien is merged in the fee … upon both being united in the same person” is a question of the intent of the grantee, with the presumption being that both interests will be treated separately if the grantee is also the holder of the mortgage. Most, if not all practitioners have relied on this decision and have therefore used this two-step process (deed in lieu followed by non-judicial foreclosure) to quickly obtain title to the property and remove any and all intervening liens. The endgame is to clean up the property and position it for resale with a clean title. For decades, this strategy worked, with title companies providing the necessary insurance upon the subsequent sale.Due to the 2008 economic downturn, the ensuing pervasive foreclosure actions and the fact that title companies felt embattled because of the extraordinary number of mechanic’s lien claims that they had to insure as a result of underwriting decisions made for business reasons (the prime factor being the decision to insure the priority of deeds of trust even though they were recorded after the commencement of construction), title insurance companies have refused to insure sales by lenders after their two-step foreclosures, citing the merger doctrine. Title companies were ignoring the nonmerger presumption in the case of mortgagees, as well as the fact that the presumption was invariably bolstered by specific non-merger provisions in the deed in lieu documents.

In Decon Group, Inc v Prudential Mortgage Capital Co, LLC,(2) a California appellate court recently affirmed this tenet of California law. The court found that Davis is alive and well and held that where a senior lienholder receives a grant deed containing an anti-merger clause in lieu of foreclosure on a property that is also subject to a junior lien, the senior deed of trust lien does not merge into title and the senior lienholder retains the right to foreclose on the property and to extinguish the junior lien. Decon should help to dispel the reluctance of title companies to insure title upon a sale after a twostep foreclosure.

A property owned by a borrower was subject to a first deed of trust held by a lender recorded in February 2008. In April 2009 after not being paid for renovations that it had performed for the property owner, Decon recorded a mechanic’s lien against the property.

In July 2009 the mechanic’s lien holder filed suit against the borrower and the lender for breach of contract and quiet title. In September 2009 the lender filed a notice of default and election to sell the property, thus commencing the foreclosure process. In November 2009, in a negotiated transaction, the lender accepted a deed in lieu from the borrower. The grant deed between the borrower and lender expressly provided that the interest of the grantee of the property would not merge with the interest of the lender upon transfer or assignment, but would instead remain separate and distinct.

In December 2009 the lender filed a notice of sale and in January 2010 an affiliate of the lender purchased the property at the foreclosure sale (apparently, as is the practice, to avoid transfer taxes the affiliate was also the holder of the deed of trust). In April 2010 the affiliate sold the property. Following the sale, the holder of the mechanic’s lien brought an action to foreclose its lien, challenging the lender’s foreclosure. The mechanic’s lien holder argued that the merger doctrine applied. They argued that the senior lender’s acceptance of a deed in lieu had extinguished the senior loan and deed of trust, merging them into a single interest. The mechanic’s lien holder further argued that the senior lender was thus unable to initiate foreclosure proceedings.

On appeal, the court held that the senior lienholder’s acceptance of a deed in lieu of foreclosure did not eliminate the senior deed of trust. The court reiterated the longstanding California law that “the senior beneficiary’s lien and title do not merge when a deed in lieu is given if there are any junior lienholders of record”.(3) The court reaffirmed that there is a presumption against merger if the grantee is a senior lienholder, as the senior lienholder’s intent to avoid merger is assumed. Regarding the actual intent of the parties, the court stated that the foregoing presumption was buttressed by the non-merger provision in the deed in lieu, which clearly indicated the specific intent of the parties. Consequently, the merger doctrine did not apply and the mechanic’s lien was eliminated by the lender’s non-judicial foreclosure.

The Decon decision reaffirms the longstanding principle that a senior lienholder’s acceptance of a grant deed in lieu of foreclosure does not merge the lien into title. Further, the case demonstrates the importance of the parties’ intent and establishes that there is no merger where the senior lienholder does not intend that the lien be merged into title. As a practical result of the case, senior lienholders can protect themselves by making their intent to avoid merger clear in the terms of the grant deed, as any such intent expressed will weigh heavily against merger.

Lenders looking for additional protection may seek to defend themselves by ensuring that the grant deed is accepted and held by an entity separate from the lienholder. Because the merger doctrine applies only where a single owner holds a greater and lesser estate in the same parcel, forming two distinct entities to hold the respective interests can serve to defeat merger. For example, a lender’s creation of a separate LLC to receive title by way of the grant deed will sufficiently result in two different and distinct owners, thereby avoiding the consequences of merger. California’s transfer tax laws are somewhat unclear as to whether transfer tax must be paid if the deed of trust is not held by the transferee in the non-judicial foreclosure. California law specifically exempts lenders that hold a deed of trust from transfer tax if they accept a deed in lieu or purchase the property in a foreclosure sale. It is unclear what happens if this is done through a subsidiary. This is why the non-merger doctrine, as applied to foreclosing lenders, is so important.

In light of Decon, title companies have little basis for refusing to insure sales by lenders after a twostep foreclosure, especially where lenders have taken the aforementioned precautionary measures, because Decon reaffirms that a senior lienholder’s interests will be protected under California law. Decon makes one thing abundantly clear: the strong and effective drafting of a grant deed is fundamental to a lender’s ability to avoid the consequences of merger and take advantage of the benefits of accepting a deed in lieu of foreclosure.