Who is the Consumer Financial Protection Bureau (CFPB) suing?

The Bureau alleges that since at least 2015, the debt-relief companies deceived thousands of federal-student-loan borrowers and charged over $71 million in unlawful advance fees in connection with the marketing and sale of student-loan debt-relief services to consumers. 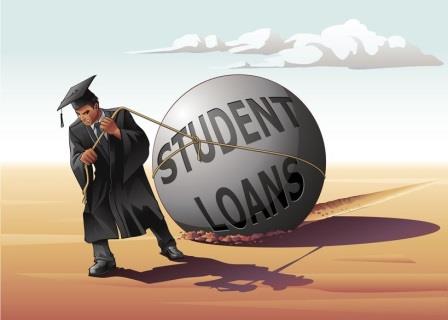 As described in the complaint, the Bureau alleges that Premier, along with its company co-defendants, violated the Consumer Financial Protection Act of 2010 (CFPA) and the Telemarketing Sales Rule (TSR) by making deceptive representations about the companies’ student-loan debt-relief and modification services. Specifically, the complaint alleges that Premier charged and collected improper advance fees before consumers had received any adjustment of their student loans or made any payment toward such adjusted loan. The Bureau also alleges that the defendants engaged in deceptive practices by misrepresenting: the purpose and application of fees charged by the companies, their ability to obtain loan forgiveness, and their ability to lower consumers’ monthly payments.

Never put your student loan in forbearance without understanding the serious consequences of that choice.

What is the future of our country worth to you?  Are you someone who believes that as long as you got through life, then you don’t care about anyone else?  Or are you someone who believes that our future is worth focusing on now.  That we should make sure our future has educated leaders and skilled business men and women?  Right now the only people who can afford a good college education are those from wealthy families (many of these young people are self-center and entitled) or those who are willing to take on substantial student loans (even if they are working while going to school).
Student loans have become a scam – the cost to go to college has increased way above the increase in cost of living.  Colleges have become profit centers, rather than bastions committed to educating our future leaders. College advisers encourage students to borrow as much money as possible because the college makes a higher profit.
Price of College Increasing Almost 8 Times Faster Than Wages
Here’s how much more expensive it is for you to do to college than it was for your parents
Published On: November 30th, 2019By Diane Drain, attorney and retired law professorCategories: Debt Relief Agencies, scams, Student LoansComments Off on Deceiving Student Loan Borrowers: Premier Management & Financial Preparation ServicesTags: Albert Kim, Consumer Advocacy Center, Financial Preparation Services, Kaine Wen, Premier Student Loan Center, Prime Consulting, SL Account Management, student loan relief, True Count Staffing, Tuong Nguyen