Does God Want You to Be Bankrupt?

DOES GOD WANT YOU TO BE BANKRUPT?

This week, yet another Washington debate over who deserves a break on their debts drew to a close. On Thursday, the Senate voted against allowing judges to adjust the terms of the mortgages of people filing for personal bankruptcy.

Skip to the next paragraph and scratch the surface of the opposition in these sorts of debates, and it tends to ooze moral righteousness. “People who get themselves in over their heads,” the upstanding declare, “need to bear some responsibility for their foolishness.” Maybe so. But if we can’t pass legislation that gives us new tools to determine who should be eligible for debt forgiveness, we need to look elsewhere for written instruction. Given that large numbers of Americans take many of their moral cues from their spiritual beliefs, I decided to turn to the good books of some of the world’s great religions for guidance on the subject.

Just about every doctrinal expert I spoke with, no matter the background, began by mentioning slavery.

In ancient times, when interest accrued and compounded, it was common for the indebted to simply work it off. Often, this took the rest of their lives. Many of the teachings that grew up around debt forgiveness aimed to avoid that sort of outcome.

Still, the notion of enslavement, albeit of the psychological sort, survived to modern times.

This will be a familiar idea to people who have considered the idea of paying only the minimum amount on a large credit card debt, only to realize that if they do that, the debt may actually outlive them. “Binding oneself financially is not something that trumps every other need,” added the Rev. Brian Daley, a Jesuit priest and professor of theology at the University of Notre Dame. Scripture suggests that the redistribution of property is also a reasonable thing to do. “You just can’t mention it in public in the United States,” he said. “Our notion of capitalism is so absolutized that we give it a quasi-religious value.”

However strongly we believe in free markets (not, perhaps, as fervently as we did a year or two ago), the theme of forgiveness does run strongly through religious writings of all sorts. 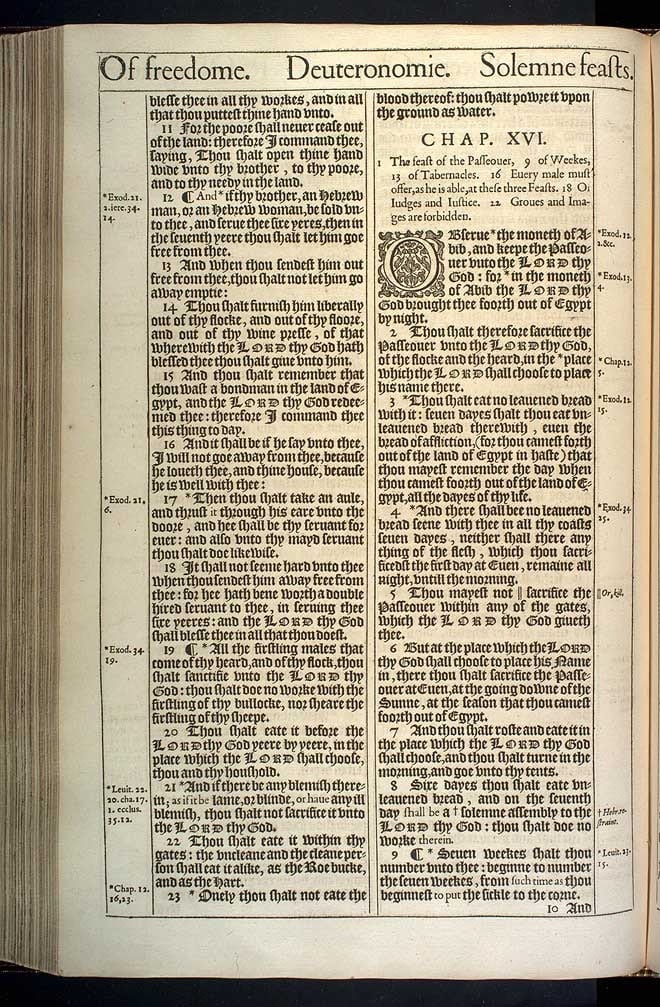 In the Old Testament, for instance, Chapter 15 of the book of Deuteronomy calls for the forgiveness of debts once every seven years. Religious leaders were aware, however, of the chilling effect that could have on lending (particularly in the sixth year). “The Torah says don’t think that way, don’t be stingy” in that sixth year, said Rabbi Mark Washofsky, a professor of Jewish law at Hebrew Union College-Jewish Institute of Religion in Cincinnati. He added that later on, the Talmud introduced the idea of a Prosbul. This was a sort of workaround court that was not covered by the religious law. The Prosbul could administer debts during or right before the seventh year.

“In other words, the ultimate power resides with the community,” Rabbi Washofsky said. “It can intervene in what was a private transaction, in a situation of great need. The power is there. The real question is, do you use it and when?” The answer depends on who you are ultimately reporting to, your immediate supervisor, your shareholders or the Entity that will ultimately render judgment on you.

Father Daley, of Notre Dame, said that the New Testament talked about debts to God resulting from sin. Another idea popular with rabbis and early Christians, he said, was the notion that doing good deeds turned God into a debtor. “God is a kind of referee or bookkeeper, noticing things that people do,” he said. “And if they do good deeds without obligation, God will repay them in judgment. I think being able to dismiss debts or forgive them is something that is seen as a generous and gracious act.”

Bankers that cater to Muslims, who are not allowed to charge interest

This is because of some of the tenets of Islamic law, claim to foreclose on homeowners less frequently than regular creditors, according to Mahmoud Amin El-Gamal, an expert on Islamic finance and an economics professor at Rice University. He added, however, that any leniency was probably priced into the financing in the first place, making it a bit more expensive. The Koran, meanwhile, offers one of the more useful ideas on debt. “If the debtor is in a difficulty, grant him time till it is easy for him to repay,” the passage in the second chapter, verse 280, reads. “But if ye remit by way of charity, that is best for you if ye only knew.” Charity is not required here, according to Mr. El-Gamal. But during that granting of time, he added, the creditor is not allowed to charge interest.

This offers a possible compromise.

If lenders and senators are unwilling to allow judges to permanently alter the terms of a mortgage loan, perhaps they would agree to allow qualified borrowers who have lost their jobs or fallen ill to take a two- to six-month break from making payments. During this time, the lenders would stop the interest clock from ticking, not levy any fees and not tack on missed payments to the end of the loan. Then, once the borrowers were back on their feet, they could start regular payments again. If they weren’t able to make them by then, then foreclosure proceedings could begin.

Or, if this proves unpalatable or too expensive, how about selling an insurance policy that would pay for a six-month period of payments? That could satisfy both God and the gods of capitalism.

Perhaps if the Democrats want to enact bankruptcy reform, they ought to bring an imam to address their opponents.