Arizona Representative Michelle Ugenti, introduced bill which challenges the rights of a disabled person to protect their vehicle.

which will make it extremely difficult for persons with disabilities to protect their vehicle from their unsecured creditors.  It is my opinion that Ms. Ugenti did not properly investigate the consequences of her bill.

WARNING: is this was the second time in two years the issue was raised. Where is it coming from? From the bankruptcy trustees who make a profit selling the debtor’s assets.

Under current Arizona law, all citizens have a right to protect the motor vehicle from creditors if it is valued at $6,000 or less. For persons with physical disabilities, the motor vehicle exemption is $12,000. This differential has been in the law for over 30 years because it is understood the importance of a vehicle for this very vulnerable population and the recognition that: (1) they may need a larger vehicle to transfer into and to transport such medical supplies as oxygen or a wheelchair, and (2) that because of their reliance on their own vehicle, they need a properly functioning car, including a properly functioning air conditioner. Many persons with disabilities cannot get to a bus stop, wait out in the heat for public transportation or walk long distances.

This bill requires that to obtain the higher exemption, the motor vehicle must “accommodates the disability.” The word accommodate is very difficult to define. It also circumvents a doctor’s opinion that the person with disabilities should have a certain type of vehicle (either more dependable, larger to fit a wheel chair, lower to the ground to make it easier to 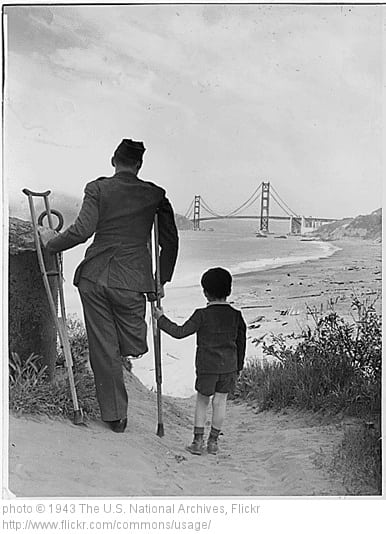 Problems with this bill:

• Most persons with disabilities are low-income and need a dependable transportation and a vehicle that fits their unique needs.
• Contrary to what the proponents claim, the “accommodates” wording in the bill severely limits who can get the exemption without any regard to the need for the vehicle.
• Currently, to get the higher exemption, a doctor must state the person has a physical disability that imposes restrictions on walking, breathing and their heart functioning. This bill allows others, such as creditors and bankruptcy trustees, to challenge that medical determination.
• Most importantly – this bill changes the burden and puts it on the vulnerable vehicle owner, who besides having a disability is often low-income and unrepresented, to know their rights and to challenge the objection of the trustee and protect their vehicle, instead of keeping the burden on the trustee, who is represented and sophisticated in the law.

This bill will result in persons with disabilities losing their vehicles and not being able to get to work, school or their doctors. This bill is proposed by bankruptcy trustees who failed to disclose that they financially benefit from the passage of this bill. They are paid 25% of the first $5,000 from the sale of seized assets. Also, trustees can seize assets that they believe not protected and it can take weeks or months to have a court hearing in order to get the assets back. During that time a person with a disability would be left without their vehicle.

The only example given for a purported abuse of the current law is a person claimed the higher exemption for a motorcycle.

The trustee in that case chose not to challenge the exemption and take the issue to the judge. Even if this was abuse of the exemption allowance, one case should not be used to harm tens of thousands of other persons with disabilities. Remember – this bill extends to exemptions to all Arizona citizens, not just those who have to file for bankruptcy protection.

My husband, a disabled vet testified to the Legislators that he knew another vet who rode a motorcycle (not unusual you say? – this vet had one leg).

The exemption provisions were amended just last legislative session. The statute works well for more than 30 years. We would appreciate anything you can do to help us get the word out. We will need a few who are willing to testify at a Senate hearing. I will be there with them so they do not need to feel they are on their own.

The warning is this was the second time in two years the issue was raised.  Where is it coming from?  From the bankruptcy trustees who make a profit selling the debtor’s assets.  Some of our Arizona trustees earn as much as $600,000 in a year.  The lowest paid Arizona trustee earned approximately $175,000, which is more than the amount most Arizona consumer debtor attorneys earn.  Most of the trustees are hardworking and fair, but anyone who files for bankruptcy protection and does not obtain competent per-bankruptcy planning advice may face a result which haunts them for many years to come.

Even though the debtor attorneys  earn considerably less than the trustees or their attorneys they were the only group that stood up against Rep. Ugenti.

They took considerable time out of their practice in order to fight for the rights of those who could not.  The attorney who led the defense was Dwayne Farnsworth.  Other than a few of us no one knows his name, but for years he has been out there working to protect the rights of the consumer.

Moral – stand up for your rights.  Be heard when those rights are trampled on.

We have several videos on this site.  This one is about “Arizona Exempt Property”